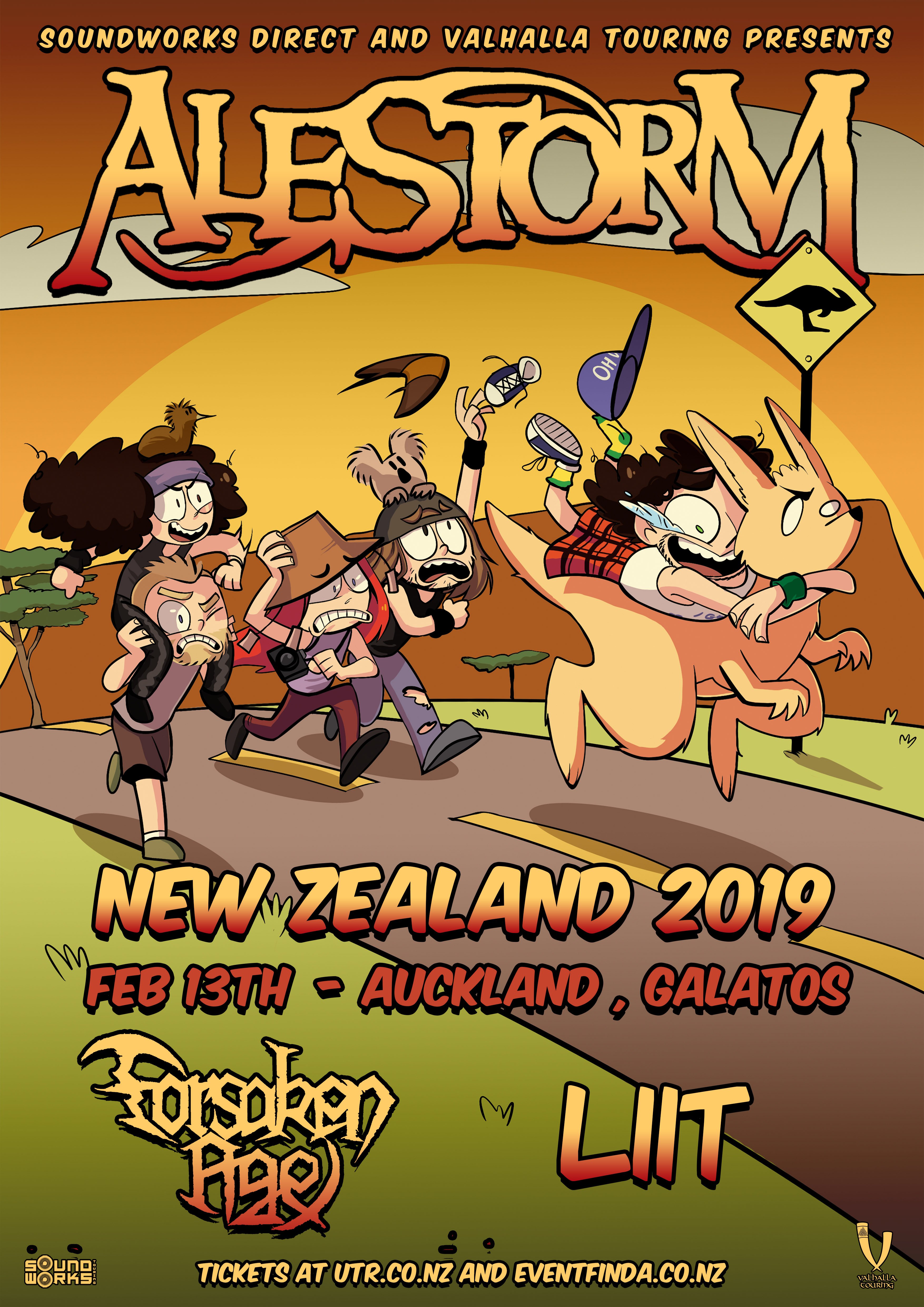 Avast, ye landlubbers! From the deepest darkest depths of the Caribbean returns ALESTORM, a drunken band of pirates on an epic quest to drink your beer, steal your rum, and to remind you they are the greatest damn band that ever did sail the seven seas!

From humble beginnings playing shows to farm animals in a field somewhere in Eastern Scotland, Alestorm have evolved into an international party machine hellbent on conquering album charts and festival stages throughout the world, with their infectious brand of ‘Pirate Metal’ and their dashing good looks.

Somehow they’ve managed to convince hundreds of thousands of people from New Zealand to Argentina to Lithuania and everywhere in between (except Paraguay), that it’s cool to wear a pirate hat and sing stupid songs about getting drunk and stealing ships. So prepare your spleens, because Alestorm are coming to kick ass and chew gum. And they’re all out of ass.