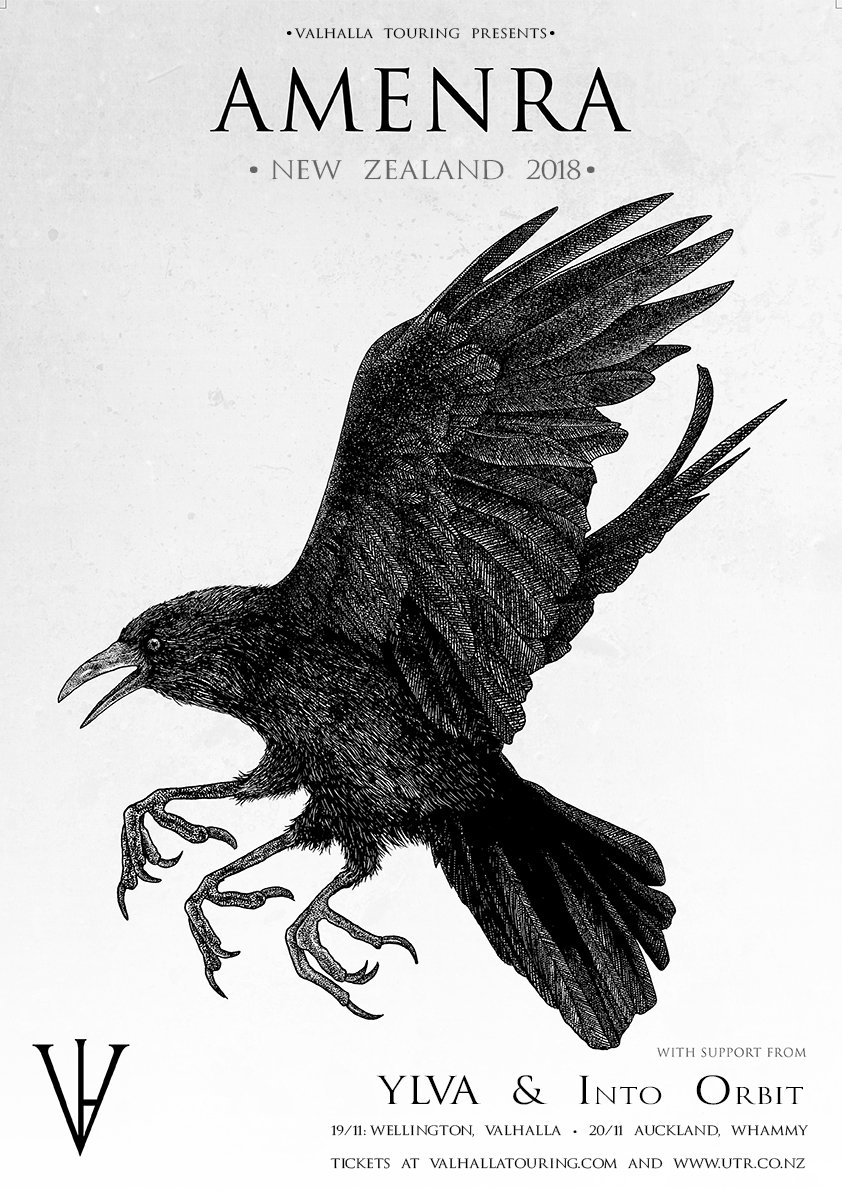 There are not enough words to describe the sheer magnificence of AMENRA, a band whose powerful and unorthodox music has created waves in the metal world for almost two decades. Hailing from the eerie depths of Kortrijk, Belgium, AMENRA will bring forth the fierce, pulsating sounds of their music to consume New Zealand for the very first time. Known for their soul-crushing and electrifying live performances, there is no doubt of the band’s genre-defying style and dynamic, combining the best of sludge, doom and post-hardcore to create music that will consume you completely. Prepare for the most blistering, raw and hypnotic live music experience of the year for with AMENRA, you can expect nothing less!

Melbourne’s YLVA create some of the darkest, heaviest and most intense music in the country, heightening your senses with extreme volumes and colossal riffs. The four-piece heavy band released their debut record M E T A in 2017, a release met with immense appreciation from fans all over, as well as new signings and partnerships with Translation Loss Records in North America and Pelagic Records in Europe/Australia. With a blood-curdling intensity that will shroud listeners in a atmosphere of sludge-laden post-metal, YLVA will have you at the mercy of their music in no time.

Also joining this crushing tour for both shows is home grown INTO ORBIT. Born from a collaboration between guitarist Paul Stewart and drummer Ian Moir, INTO ORBIT formed in 2013 in Wellington, New Zealand. Like their contemporaries Russian Circles, Jakob, and Explosions in the Sky, the New Zealand-based instrumental rock duo have a knack for creating emotionally affecting music through texture and melody. The duo released their second album UNEARTHING in February 2017 to underground critical acclaim. With dozens of shows under their belt and a devout fanbase, the duo have established themselves in the top echelon of New Zealands heavy music scene.