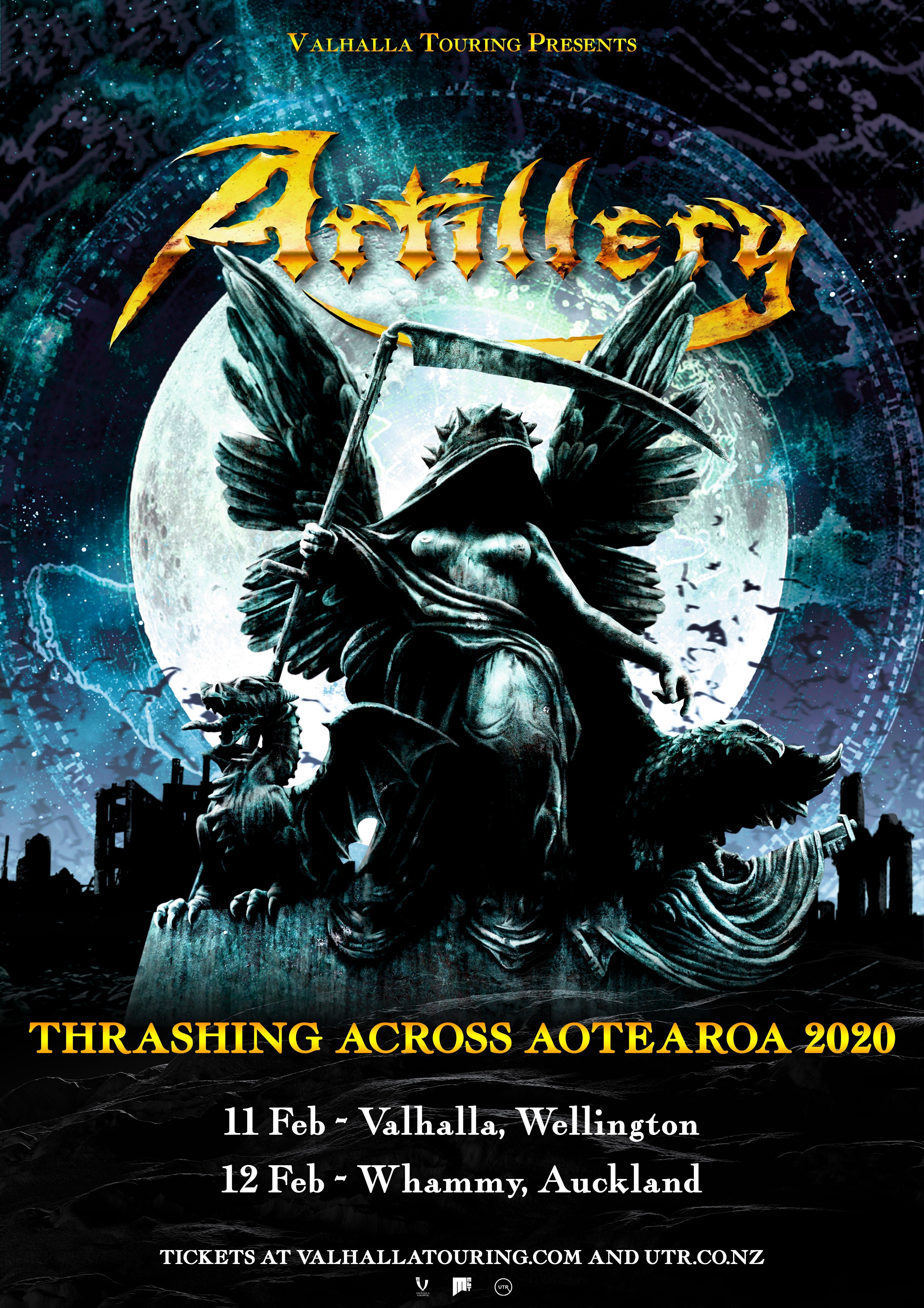 Denmark’s Artillery is easily appointed one of Europe’s earliest exponents of thrash metal, and the band’s contribution to the burgeoning genre is difficult to ignore. The Danish quartet successfully managed to fuse an abrasive brutality with technicality and strong melodies, with the noteworthy guitar leads of the Stützer-brothers as well as the remarkable riffs serving as highlights.

When Artillery formed in the small Copenhagen suburb of Taastrup in 1982, little did they know they’d be here alive, vibrant, and ready to destroy in 2020. Sure, they’ve had their share of ups and downs – the group first folded in 1991, returned for a brief one-album stint with B.A.C.K. in 1999, officially reformed in 2007 and recently suffered the tragic loss of Morten Stützer – but any metal band worth their salt perseveres. And Artillery have survived. They were there when thrash metal took off. They were around to see the emergence of death metal. And they’re here today, to make their mark on a whole new generation of metalhead.

“We have some of the most dedicated and diehard fans from the early days of Artillery still supporting the band,” says guitarist and co-founding member Michael Stützer. “It’s awesome to meet them when we are on tour. The difference is that now they are coming with their sons and daughters and this is amazing. Half of our fans were not even born when we released our first album, Fear of Tomorrow, but our new fans know all the songs!”

Since the release of “Penalty by Perception” (2016),  Artillery has taken the road around the world and won several awards for the release. And then the time came in 2018  to open the next chapter with their new album “The Face of Fear“! Once again, the band brings out the big guns with producer Søren Andersen (Glenn Hughes, Marco Mendoza, Mike Tramp etc.) at the helm. Topics like the crimes of humanity, horrors of religion and personal strife are present, and the band even takes a trip back memory lane with a re-recorded song from 1982!

So, get out and show your horns and let’s continue keeping metal alive!  Artillery is back!