At the Gates and The Haunted – Swedish Slaughter NZ Tour – AKLD 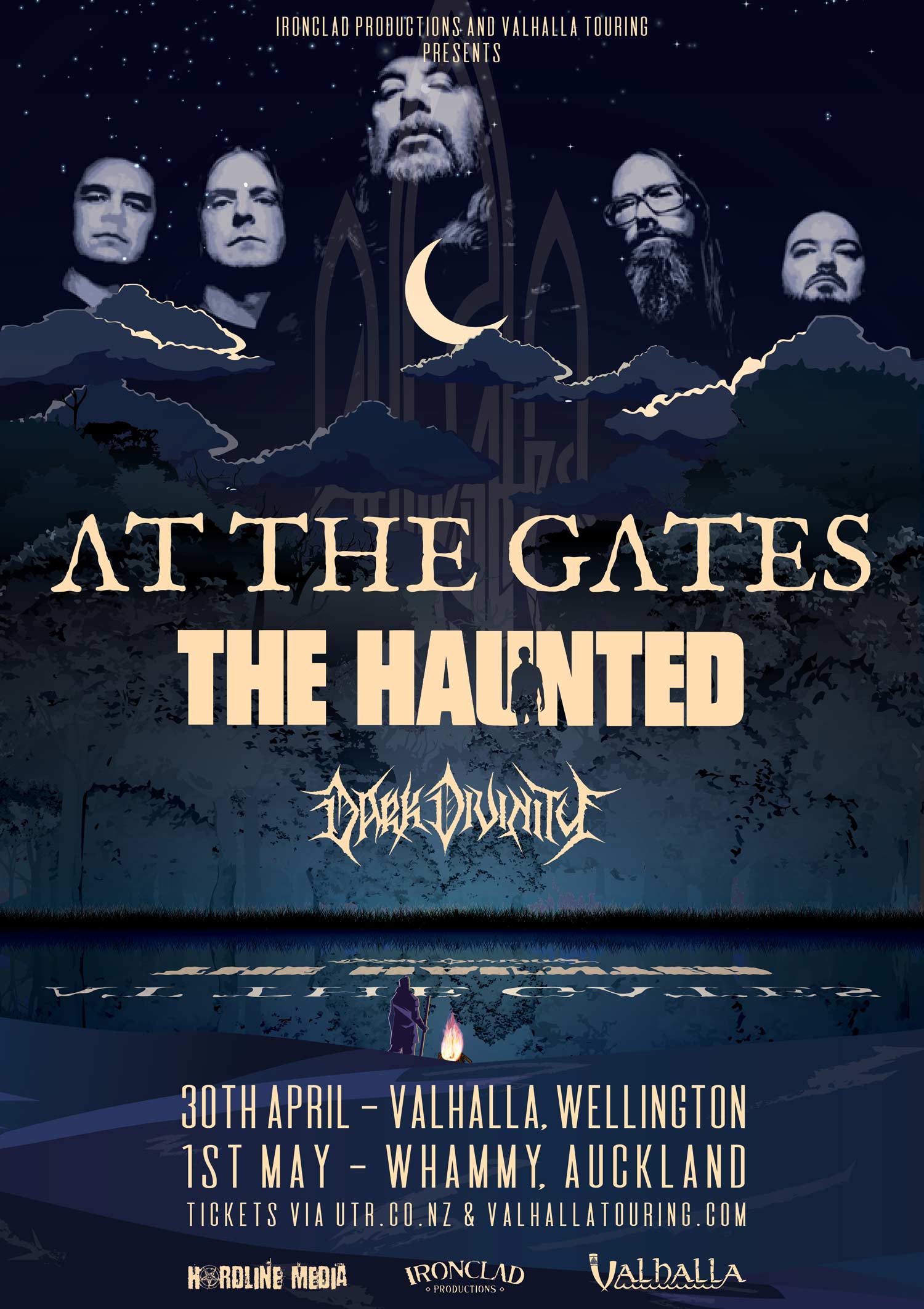 At the Gates and The Haunted – Swedish Slaughter NZ Tour

AT THE GATES are innovators. From debut album, The Red In The Sky Is Ours, through comeback stunner, At War With Reality, the Gothenburg-based death metal act have always traversed the left-hand path on their own terms. The Swedes are keenly aware of who they are, where they come from, and how they got to where they are today. In the ‘90s, AT THE GATES spearheaded The New Wave of Swedish Death Metal. Then-swansong album, Slaughter Of The Soul, served as a feature-rich treasure chest for a host of upstarts to plunder. When AT THE GATES returned in 2008 — a full 12 years after they disbanded —their return was celebrated and the follow-up to Slaughter Of The Soul. Now, four years after At War with Reality, the Swedes recently unleashed their indomitable spirit, ceaseless ingenuity, and raw power on new album, To Drink From The Night Itself.

Launched in 1996 by guitarist Jensen, bassist Jonas Björler and drummer Adrian Erlandsson, THE HAUNTED enjoy a cult status in the metal world, boasting a diverse catalogue of material that would have left other bands digging their own grave. Whether the band’s continued success is due to an open-minded fanbase, stellar musicianship, or an infallible sense of timing when it comes to releasing new material – perhaps a combination of all three. THE HAUNTED’S legacy of remaining diverse without diluting the sound that seeded a loyal fanbase two decades and is continuing to bring in new listeners not only by its compositional class and performance prowess, but also by its relentless heaviness, the displayed atmospheric intensity and the material’s consequential imminent impact.