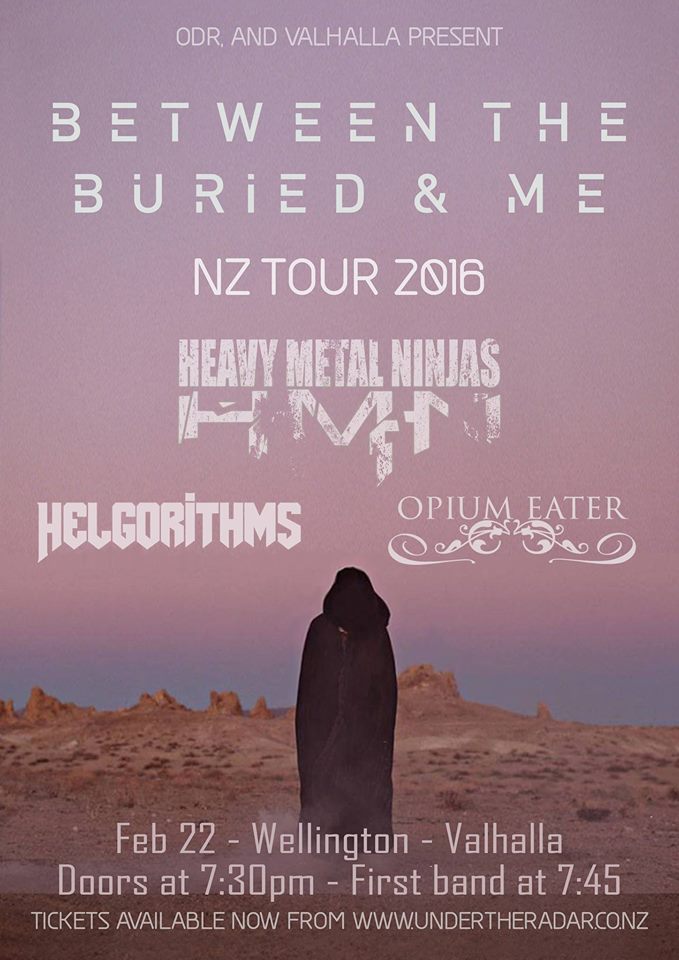 BETWEEN THE BURIED AND ME

One of the worlds most progressive acts Between The Buried And Me will play three shows in New Zealand next February!

Grandiose, dynamic, heavy, melodic, technically challenging: these are all words that fall equally short when trying to describe BTBAM’s sonic offerings. Following up their utterly captivating The Parallax II album was almost an impossible task but with album number seven, Coma Ecliptic (2015, Metal Blade) they have managed to take a significant evolutionary step forward that pushed every member to their creative limits.

The result is a modern rock opera. An ambitious concept album that follows a man in a coma with each song representing his next move in search for a way out and onto something better, but is it better than his own waking reality? Through these immense songs, the bands message is clear, appreciate the things you have, not long for the things you want and miss whats truly important.

Incredibly theatrical with ample amounts of speed, prog, quirkiness and out and out riffage, watching Between The Buried And Me perform live is an experience like few can offer.

Tickets on sale 8th of October at 8am through undertheradar!