Beyond Creation and Rivers Of Nihil – Wgtn 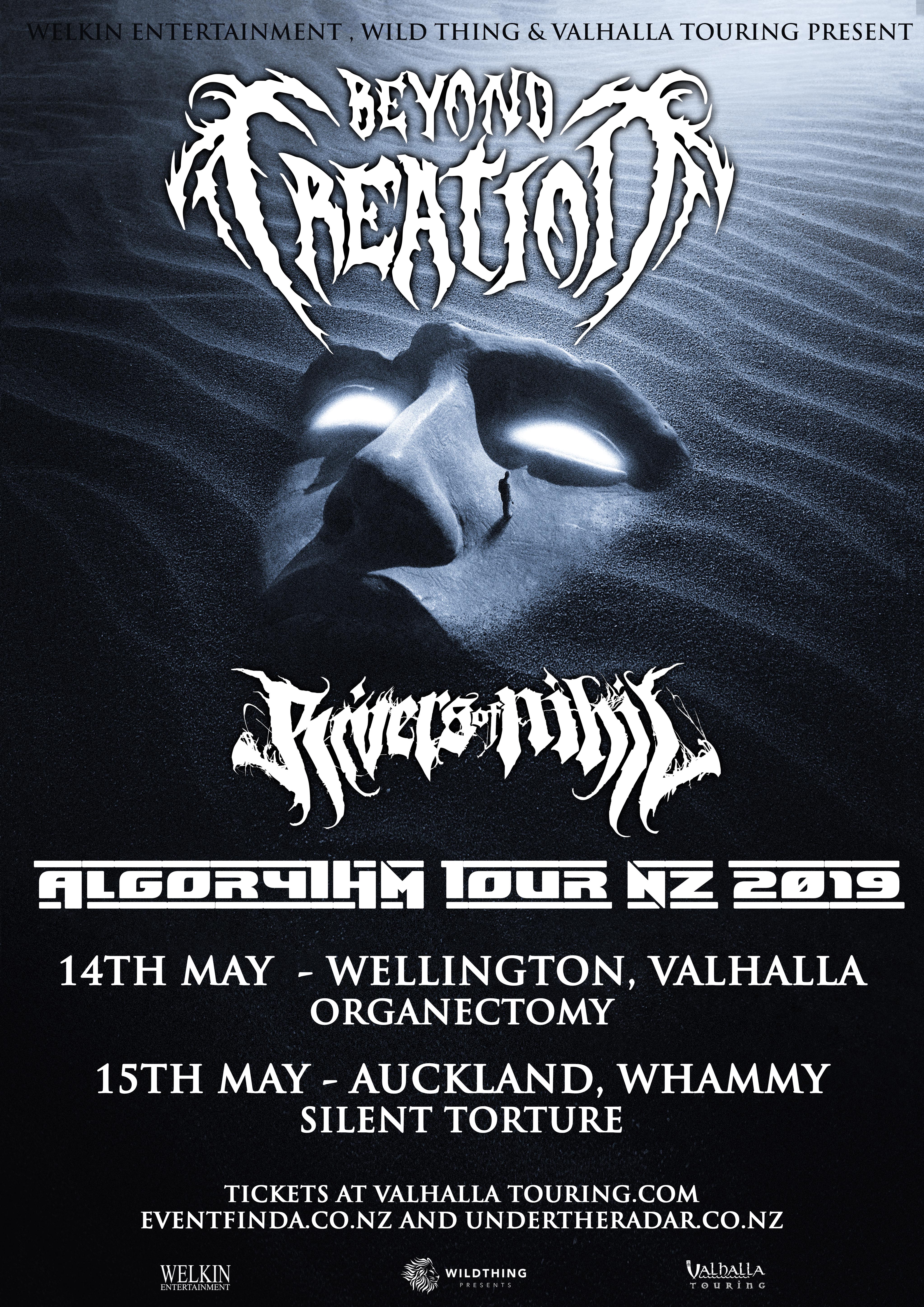 BEYOND CREATION AND RIVERS OF NIHIL – ALGORYTHM NZ TOUR

Feel the onrush of sweeping arpeggios, crushing waves of fretless bass, complex rhythmic patterns and erupting scales peppered with jazzy feeling and masterful execution under the mark of ‘Earthborn Evolution’, which names the sophomore full-length of BEYOND CREATION. The French part of Canada is home to a vibrant culture of technical Death Metal and produced BEYOND CREATION in Montreal 2005. The band worked hard to gain technical expertise before putting out their demo in 2010. The immediate buzz resonated within and beyond technical Death Metal circles and was followed up by a self-release of “The Aura” (2011), which was re-issued by Season of Mist in 2013. With their debut album,  BEYOND CREATION delivered a ferocious blend of technicality, melody, and brutality aided by fang-filled growls, which was interwoven with beautiful progressive interludes. Prepare for the lightning evolution of the progressive technical death metal revolution!

RIVERS OF NIHIL is an American technical death metal band hailing all the way from Reading, Pennsylvania. As a legendary act, the Band needs no introductions. RIVERS OF NIHIL are a mind numbing force of modern death metal with a vivid darkness in the sound. Absolutely intense live, the quintet put on a powerful-yet-nuanced display, making the most of their allotted time-slot with a plethora of pneumatic riffs and massive, metallic hooks, interspersed with moments of soothing atmospherics and poignant progressive touches.