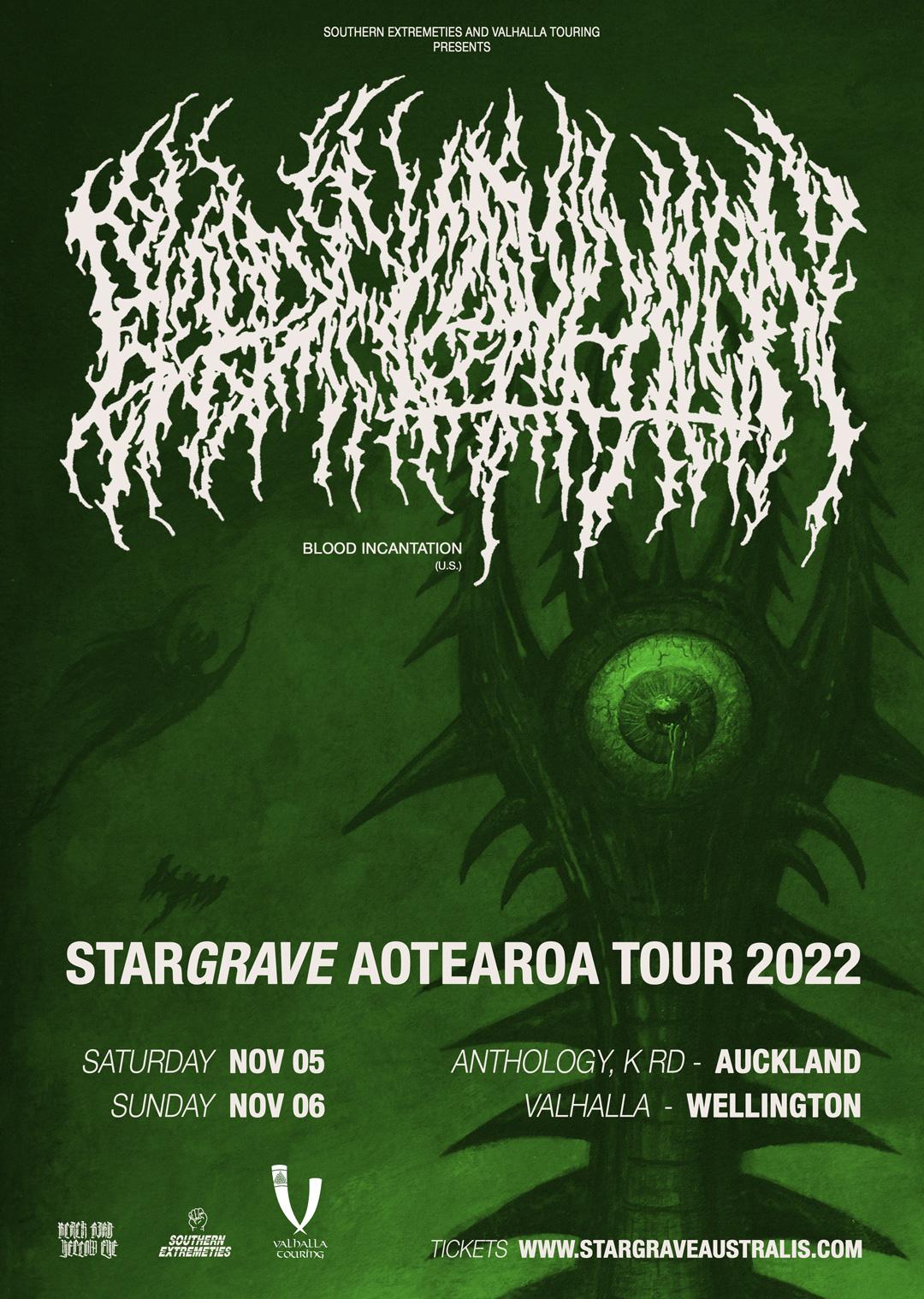 Few recent DM bands have gotten the attention of U.S intergalactic behemoths BLOOD INCANTATION, and for good reason. Since their mind-melting debut album Starspawn, the world has been taking notice, and intently. Their ensuing releases have propelled them even further, and their live shows are nothing short of incredible. This will be their first time in New Zealand.

Blood Incantation’s sound features “a psychedelic take on classic death metal” and melds “technicality with tectonic riffs, cavernous vocals and eerie, Dodsengel-like moments of caustic stillness.” On the band’s style, Stereogum’s Aaron Lariviere wrote: “Screaming leads cut a swath through the churn of atonal rhythm guitars, blending the bright melodicism of late-period Death with the alien tones of Morbid Angel circa Domination.” The band’s lyrics mainly deal with topics such as space and death.

LISTEN – Slave Species of the Gods – The Giza Power Plant