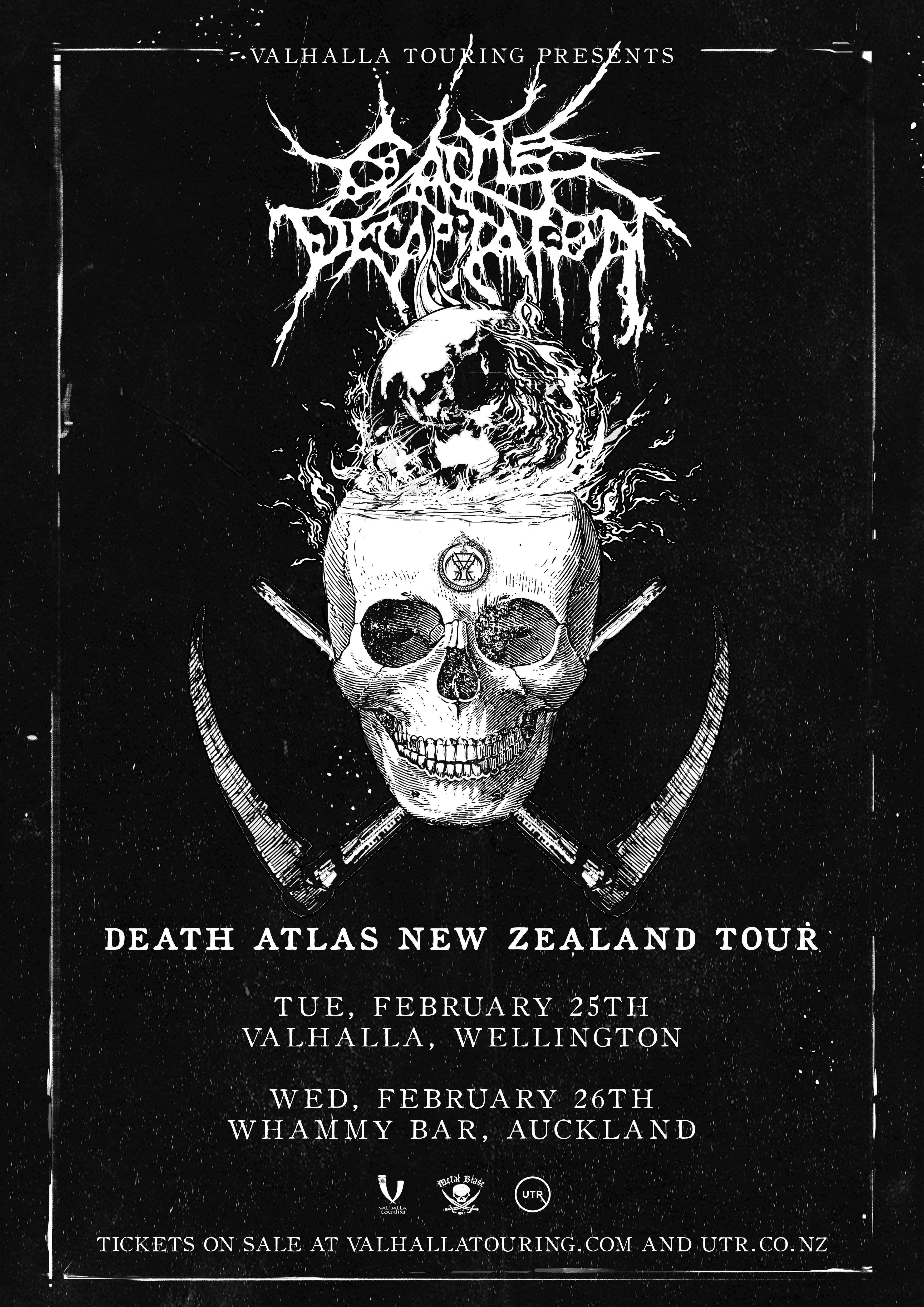 One of the most devastating, blistering and sonically brutal tours of 2020 will hit New Zealand in February, when death/grind masters CATTLE DECAPITATION return to pulverise audiences.

Fiercely uncompromising, confronting and utterly annihilating, CATTLE DECAPITATION are one of the most significant forces in extreme metal’s broad spectrum. Consistently delivering genre bending releases since 1996, this band are emissaries of inconvenient truths, a constant reminder of the awfulness wrought upon the natural world by the human race.

Touring in support of their forthcoming slab of brutality Death Atlas, their bleakest release to date. The cover art says it all, a stooped, skeletal Grim Reaper carrying the burnt-out husk of our planet on his back. “The core concept of this record is humanity’s insignificance despite what we’ve convinced ourselves,” explains vocalist Travis Ryan.

Live, CATTLE DECAPITATION are an unrelenting cacophony of savagery, a frenzied maelstrom of pure deathgrind carnage, suffocating all in their wake. Expect nothing less than the absolute pinnacle of extremity.