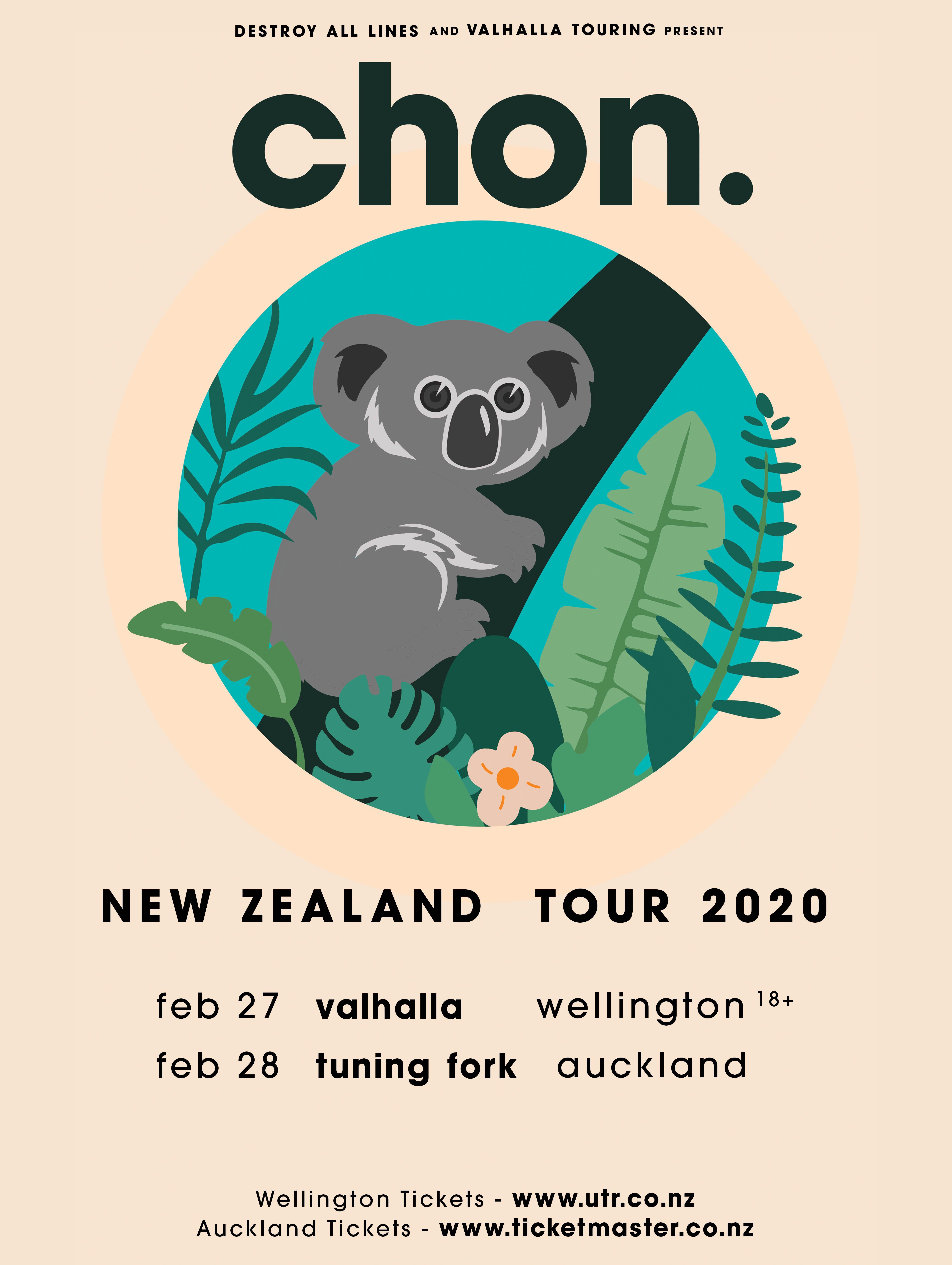 Since forming in 2008 in San Diego, the trio — guitarists Mario Camarena and Erick Hansel and drummer Nathan Camarena — have become one of the most buzzed-about acts in the new era of progressive rock, on the back of more than 40 million Spotify streams and tours with the likes of Coheed and Cambria, Animals As Leaders and Circa Survive.

Their debut full-length, 2015’s Grow, established their mathy, forward-thinking take on the genre, while 2017’s Homey furthered that sound while incorporating brand-new influences like effect-pedal-heavy elements of electronic music and trip-hop and debuted at No. 66 on the Billboard 200. Now on their self-titled third album, CHON find themselves at the confluence of a great push and pull.

“We really wanted to make songs with more simplistic structures, but also the craziest parts we’ve ever had musically,” Mario Camarena explains. “I think our music is already so weird that when the structure is also crazy, it can be hard to follow. I really wanted this album to appeal to people who maybe don’t listen to this style of music.”

If anything, CHON is brimming with some of the most forward-thinking, intricate musings the band have ever attempted, from the deep progressive propulsion of first single Peace to Spike, to tribal-inspired rhythms on Gift. ”It’s kind of psychedelic and hippy. It’s going to be really fun to see how crowds react to these songs.” – Mario