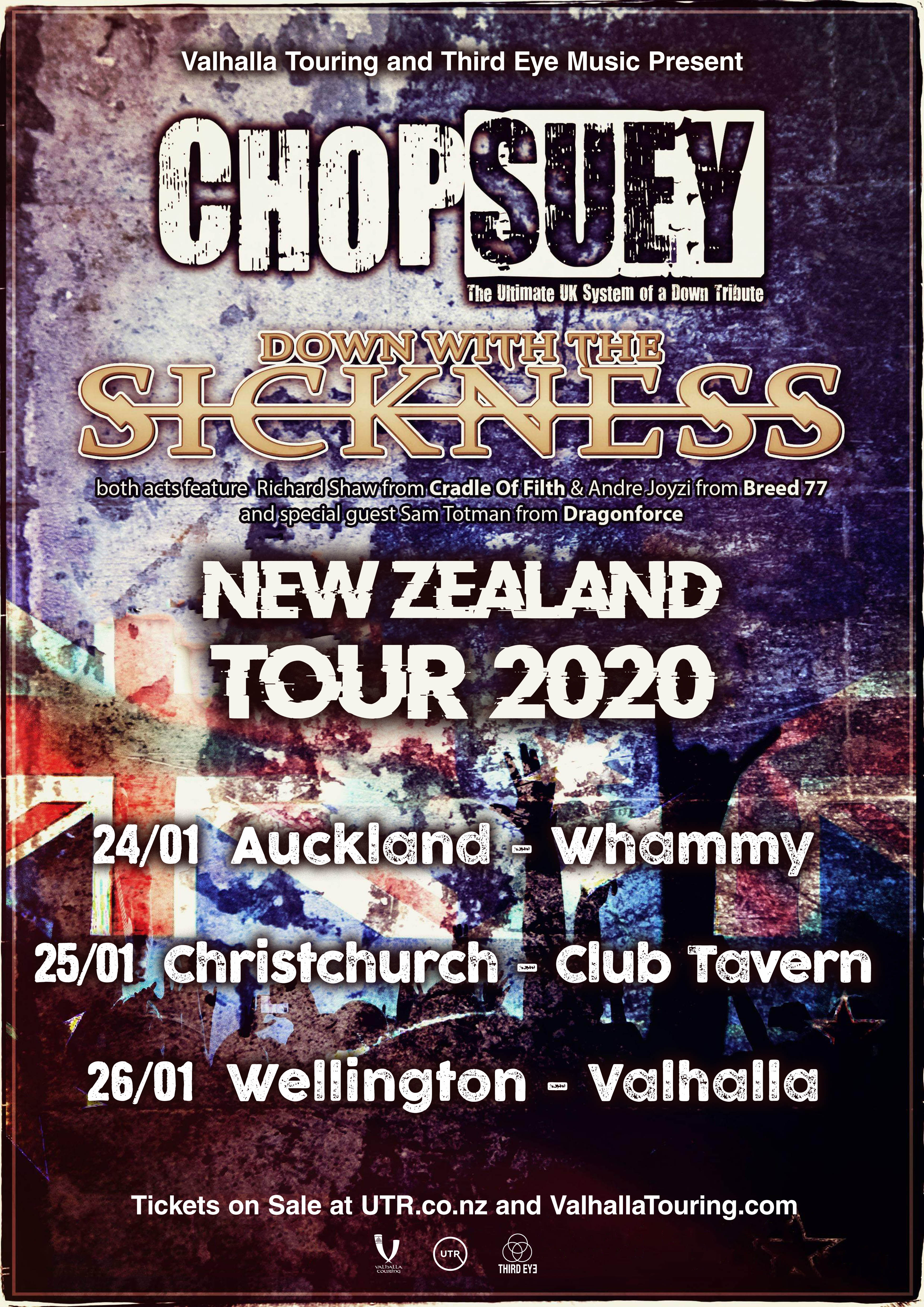 It is with tremendous excitement that Chop Suey, the ultimate UK System of a Down tribute, announces its first down under tour!

Beginning under the name Victims of a Down in 2015, their debut tour made serious waves throughout the UK rock and metal circuit with their high-energy performances of the Armenian-American band’s classics and fan favourites.

After rebranding and taking the UK by storm in 2016, Chop Suey has continued to commanded a reputation through its relentlessly energetic live performances, flawless execution and effortless crowd interaction – packing out venues all over the country.

2020 sees Chop Suey embarking on a tireless world tour, intending to showcase better than ever the classic songs of System of a Down. Armed with an even more colossal setlist than before, and a killer line-up of musicians possessing years of professional gigging experience.

On drums is the formidable Andre Joyzi, the Breed 77 rhythm powerhouse. Guitar duties are wielded by the phenomenal Richard Shaw, from Black metal titans Cradle of Filth. Bass extraordinaire Adam Lightspeed of Diamond Black fame takes up the low end, while the soaring, powerful vocals of Martin Jackson from Emperor Chung and Confyde Lead the Charge.

Whether you’re a fan of SOAD, or just rock music in general, make sure to catch this stunning tribute for their first ever New Zealand Show!