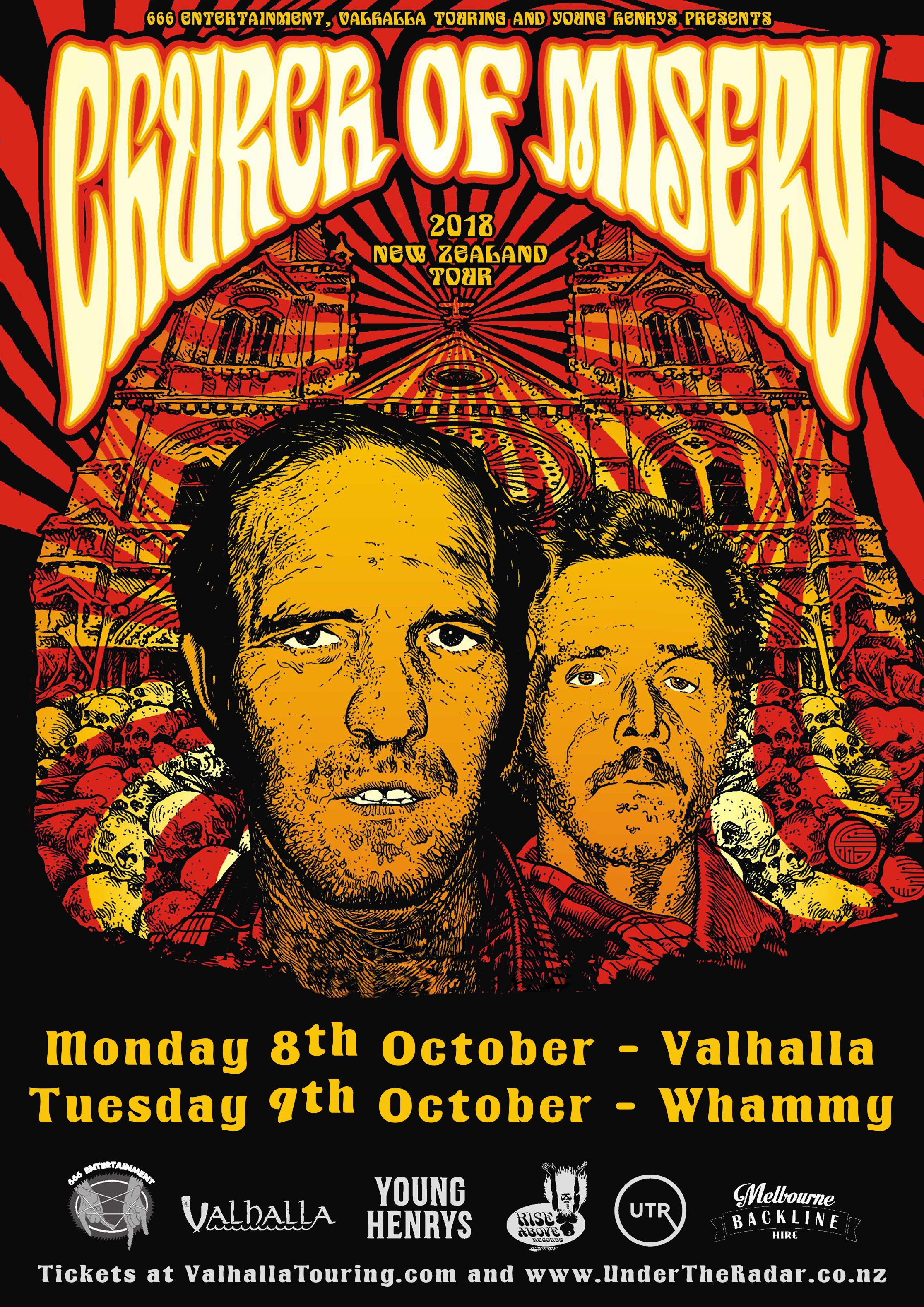 For the first time on Aotearoa’s shores, all the way from Japan, oozes the doom that is CHURCH OF MISERY. Coming to its sludgy start in a dark corner of Tokyo in 1995, thanks to the bassist Tatsu Mikami solo project, CHURCH OF MISERY reflected his darker, heavier musical taste after Salem, a renowned thrash metal band he played with, broke up. Influenced by Doom bands such as Black Sabbath, Saint Vitus, and also 60s / 70s heavy rock like Leaf Hound, Blue Öyster Cult and November, came CHURCH OF MISERY – whose lyrics deal exclusively with serial killers of world history. With 20 years serving mass, CHURCH OF MISERY have earned a place  right next to Electric Wizard and Cathedral the forefathers of the third wave of Doom.

The bands first Demo, ADV.1996  was recorded in 1997 became synonymous with the band even though it was never released officially. Instead, a bootleg released without the bands approval led to CHURCH OF MISERY reaching audiences the world over. Since 2001 the band has released six full length albums, most recently being “ And Then There was None…” in 2016. While Mikami has stayed through, other members have come and gone, the current line up includes Hiroyuki Takano on vocals, Yasuto Muraki on guitars and Junichi Yamamura on drums.