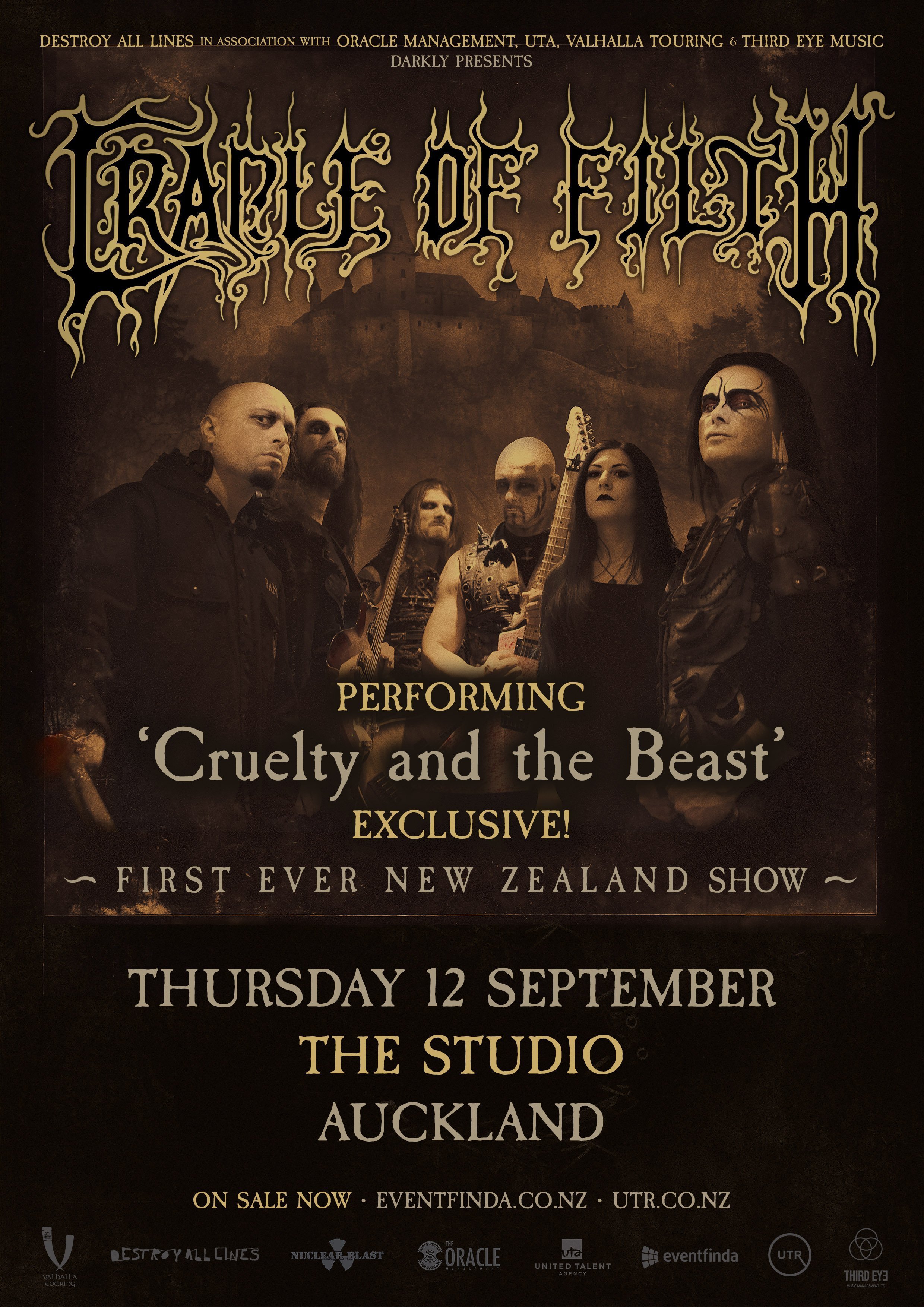 Cradle of Filth in New Zealand for the first time ever, and playing Cruelty and the Beast in full !!!

Malevolent kings of British metal. Masters of the darkest arts and crafts. Cradle Of Filth spread their fetid gospel of obscene theatricality, pitch-black horror and exquisite musical madness to New Zealand for the first time ever!

Cradle of Filth would go on as we know to build upon the concept album idea, and by sticking to themes of gothic horror, it allowed the band to tread the waters of extreme goth rock and black metal like no other.

New Zealand it has been too long. It is time to bathe in Cradle of Filth.