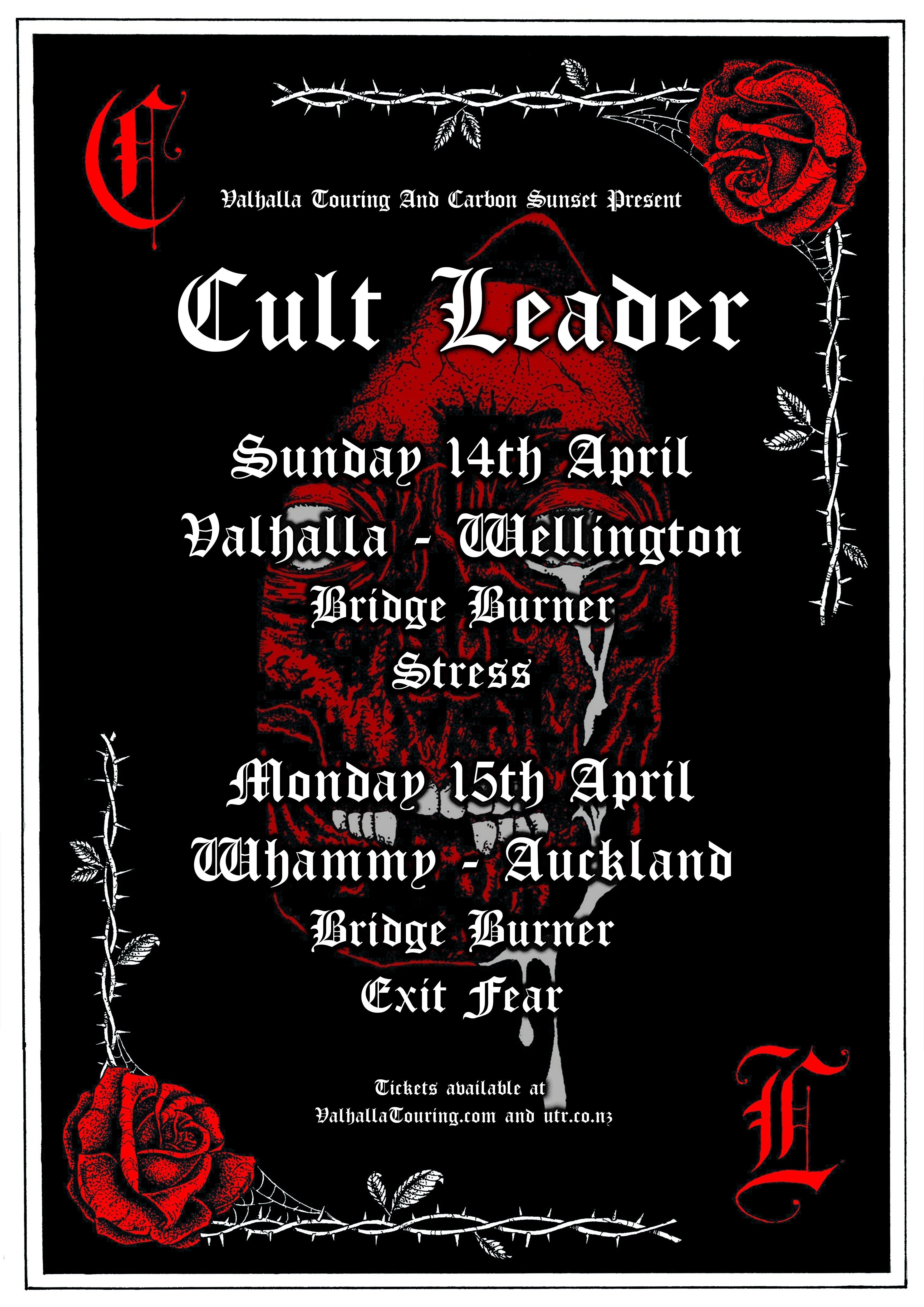 Few musical acts are capable of exhibiting the sheer depth of emotional terror that Cult Leader possess – let alone in such a savage, and unrelenting manner of expertise. Terms like ‘extreme metal’ and ‘crust punk’ are hurled their way, yet when immersed in their thoughtful ferocity, and diametrically opposed moments of pained quiet, one might think they are best left described as simply being ‘chaotic’. Hailing from Salt Lake City, Utah, and formed in 2013 from the death of their prior and highly revered band Gaza, Cult Leader have to date released four records under the Deathwish Inc. label, with 2018’s ‘A Patient Man’ no doubt their crowning achievement. The four piece has toured the northern hemisphere with such acts as The Dillinger Escape Plan, Deftones, Converge, Oathbreaker and more, and April 2019 will finally see the band visit New Zealand for the first time ever.