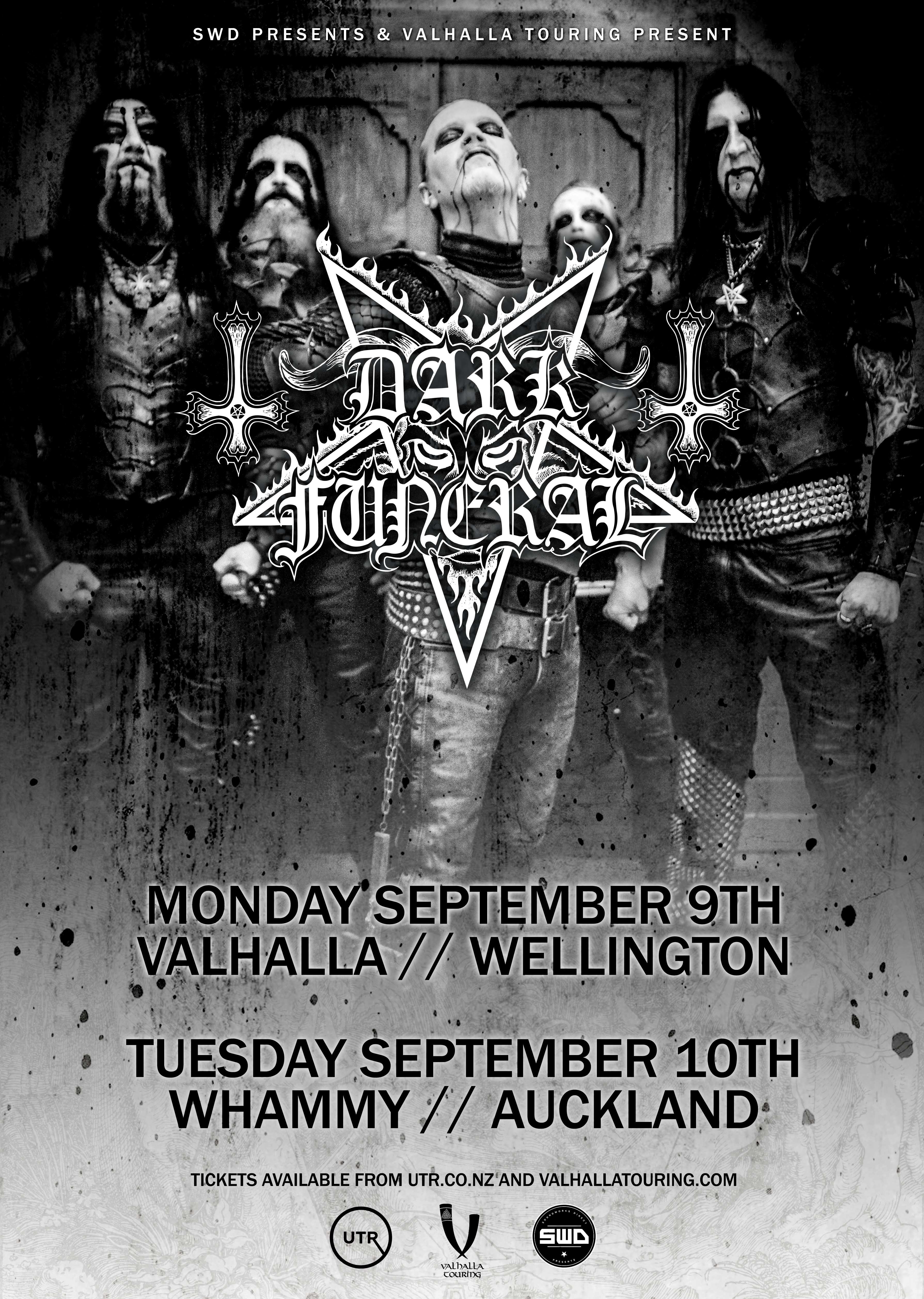 1993 was the year it all began, Lord Ahriman and Blackmoon [1993-1996] founded the infernal war machine we now know as Dark Funeral, one of the most intense Black Metal acts ever! In January 1994 the legendary, self-titled and self-financed debut mini album were recorded at Dan Swanös Uni-Sound Studio. It was released upon the un-expecting masses on May 4th the same year. The band quickly established themselves as a band to watch. Since then a lot of things has happened. The line-up has changed, several amazing albums has been released and Dark Funeral has toured no less than 45 different countries with acts as Dimmu Borgir, Cannibal Corpse, Deicide, Immortal and many more.

DARK FUNERAL are without a doubt one of the most notorious and highly regarded acts of the Black Metal genre. They epitomize the dark essence that is and always will be at the true heart of the European scene. Lord Ahriman continues to wave the flag of Swedish Black Metal with the Dark Funeral crusade. Where many would have, and do fail, Ahriman and Dark Funeral continue to prevail.