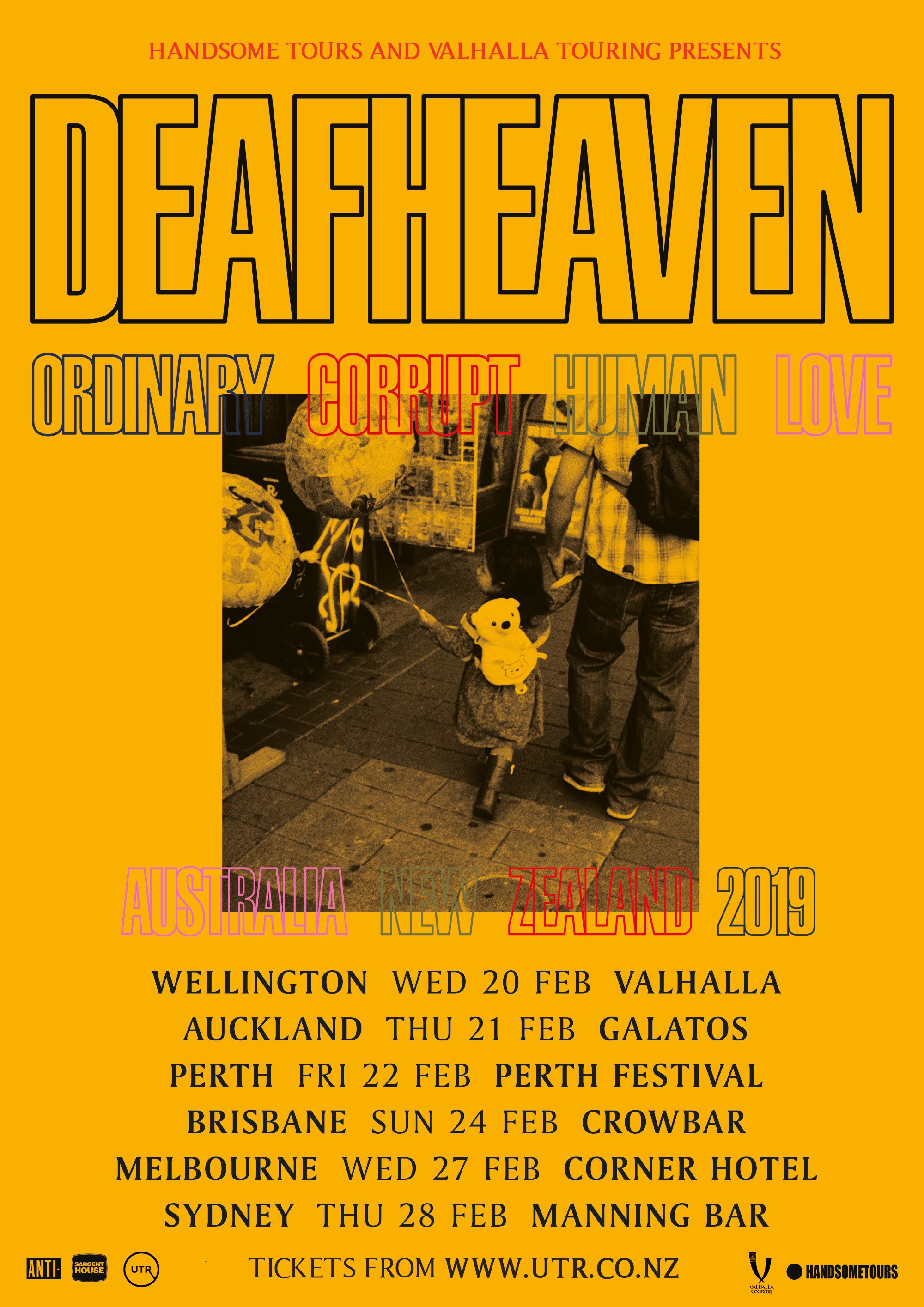 Formed in San Francisco in 2010, DEAFHEAVEN (vocalist George Clarke, guitarists Kerry McCoy and Shiv Mehra, and drummer Dan Tracy) made their debut in 2011 with album Roads To Judah and had an unexpected crossover hit with their 2013 sophomore effort Sunbather. Along with being praised as “one of the best albums of the year” by Stereogum, their third album New Bermuda was hailed as “a brilliant collision of beauty and despair” in Pitchfork’s Best New Music review.

Known for their transcendent live shows and united by their sheer ferocity, DEAFHEAVEN are poised on the edge of an emotional apocalypse. With tortured shrieks and immersive guitar explosions, DEAFHEAVEN music is not made for the everyday. Their first NZ tour is in support of Ordinary Corrupt Human Love album and will be appearing at two shows only.