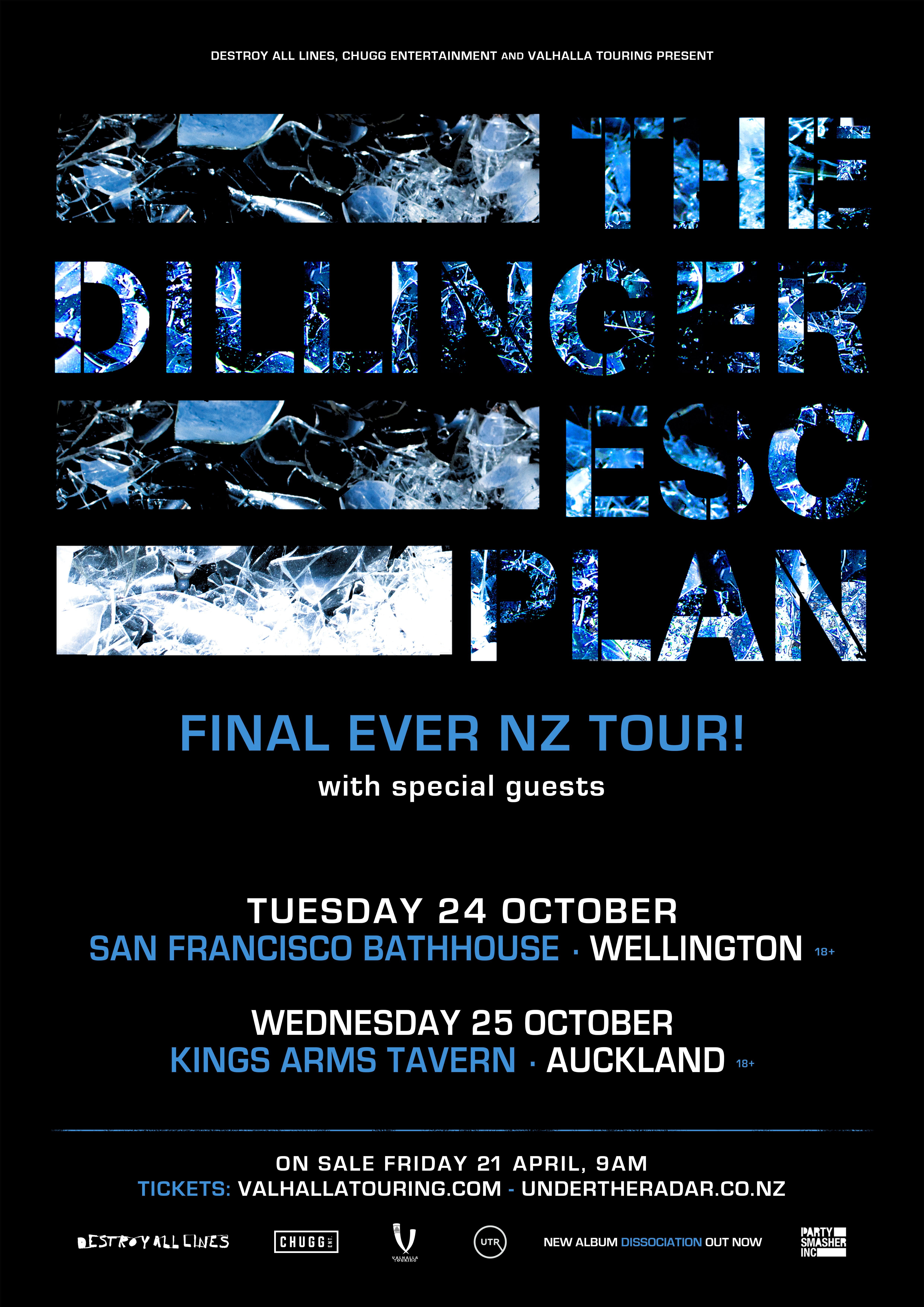 For the last 20 years The Dillinger Escape Plan, has been one of the most progressive, explosive, inimitable bands in extreme music. Embracing elements of mathcore, hardcore, punk, metal, jazz and even in some cases pop hooks, Dillinger have occupied a space that few bands have, managing to constantly progress and evolve their tsunami of titanic riffs and spectacular live shows without compromise.

Through continuous evolution, they left other bands attempting to ape their sound choking in the dust. Their break-up, like almost everything else this extraordinary band have achieved, is on their own terms, seeing them determined to go out with a bang as opposed to a whisper. TDEP will cease to play shows or make new music at the end of this year. This is your last chance New Zealand 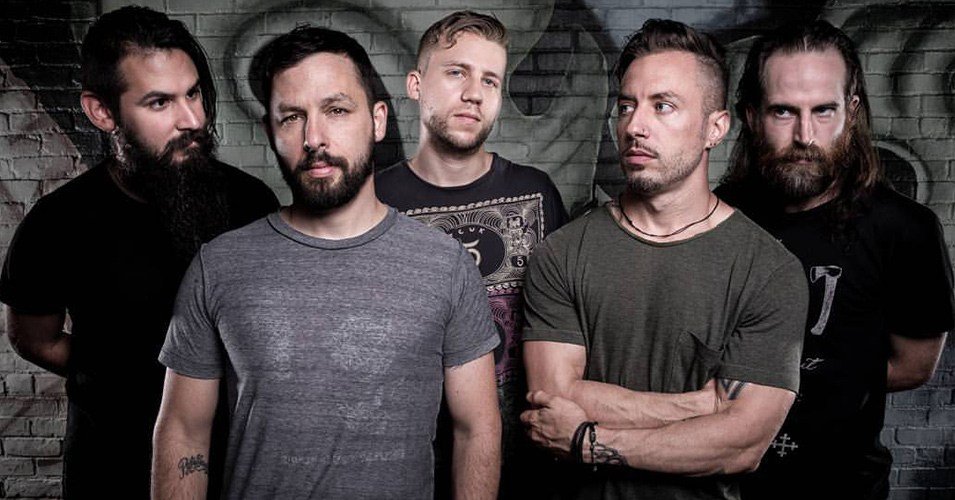 Don’t cry because THE DILLINGER ESCAPE PLAN are calling it a day; smile because they’ve somehow managed to stay alive this long and that you’ll get one last chance to witness them live.

After twenty years of defying expectation, pushing the boundaries of their compositions, and performances beyond what might seem possible or even reasonable, THE DILLINGER ESCAPE PLAN announced that they would be quitting after they complete the touring cycle for their new record ‘Dissociation’. So for New Zealand fans this is our swansong.

Live reviews are coming in thick and fast from across the globe and they all are sharing a common theme…you simply cannot miss these shows from the recklessly experimental, titans of the metal world, and one of the standout bands of their generation; THE DILLINGER ESCAPE PLAN.

“The band and fans were as one as the crowd sang along, moshed and crowd surfed as they fed off the intense energy of the band. It was intense, enjoyable and bittersweet.” – Metal Wani

“For a full 90 minutes THE DILLINGER ESCAPE PLAN rattle the skulls of all assembled, leaving an exhausted crowd baying for more. What better way to go out.” – The Buzz

“The experience was absolutely nostalgic. It was hard not to remember when and where you first heard every one of their songs as you screamed along.” – Music and Riots Mag

“You should make it a point to see one of the most powerful live acts in heavy music.” – Read Junk

“This was a night for the fans to come together and celebrate one of the most important bands of our generation, and they proved, once again, why they will go down as one of the greatest live acts ever.”– Ghost Cult Mag

“The dampened, exhausted audience shot their hands up and jumped in solidarity, their capacity to mosh long since depleted. They could only watch in awestruck wonder as the book closed on one of modern metal’s finest acts, still at the peak of its power.” – Austin Chronicle

“Chaotic insanity in a bottle, after being shaken up and the cork popped.” – Louder Than War

The set will encompass songs spanning their incredible career showcasing music from all albums. Tickets go on sale Friday 21 April, 9am local.