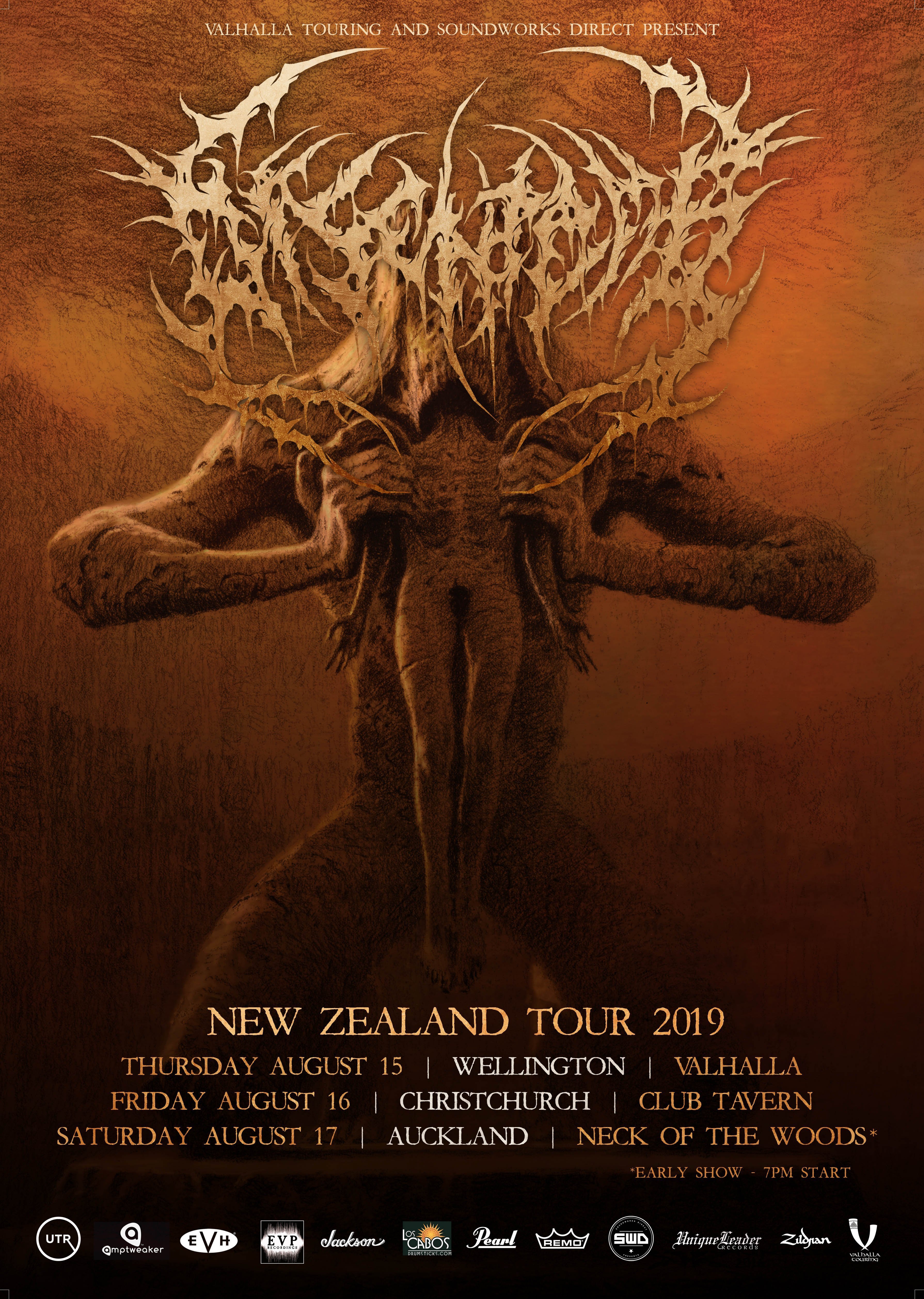 Disentomb are an Australian death metal band from Brisbane. They were founded soon after the disestablishment of Brisbane death metal act Cadaverine by three of its five members: Jordan Phillip, Henri Sison and Jake Wilkes formed Disentomb, together with bassist Tom Joice. The band have released two full-length albums, Sunken Chambers of Nephilim (2010) and Misery (2014).

Contemporary brutal death metal fills its world with feces and dismembered women in lieu of content. While that repugnant stench has kept the critical listeners away, the less-discerning still inhale the fumes, but now a band from Australia threatens to unite the audiences on a newer and more advanced form of the genre.

Attempting to deviate from the soulless average that has infested the genre, Disentomb with Misery unleash a work of complex but stripped-down death metal. Like the energetic offspring of Immolation and Disgorge.

Misery exudes chaos, depravity, and most importantly, direction. While their contemporaries languish in a pool of defecation and flat-bills, Disentomb dream bigger and help steer brutal death metal toward a new direction. In particular, songwriting returns in a sense other than boxy variations on standard pop/rock song form. Songs vary from the brooding mid-paced drone of darker material to the bright and abrasive aggression of fast and chaotic tracks and use each other for contrast so the album as a whole highlights a range of emotions. The result is a complete package of death metal brutality and intensity that aims for an artistically alert audience.

Aaron Lynn of Death Metal Underground opined that the group “creates dark and dissonant brutal death metal yet still stays true to the frenetic riff-salad recipe that is inherent to the brutal death metal artistic voice. On Misery, the internal dialogue of these riffs projects the type of landscape we might find in a dystopian wasteland, tearing songwriting down to its bare, primal foundations in a method evocative of early Suffocation.”