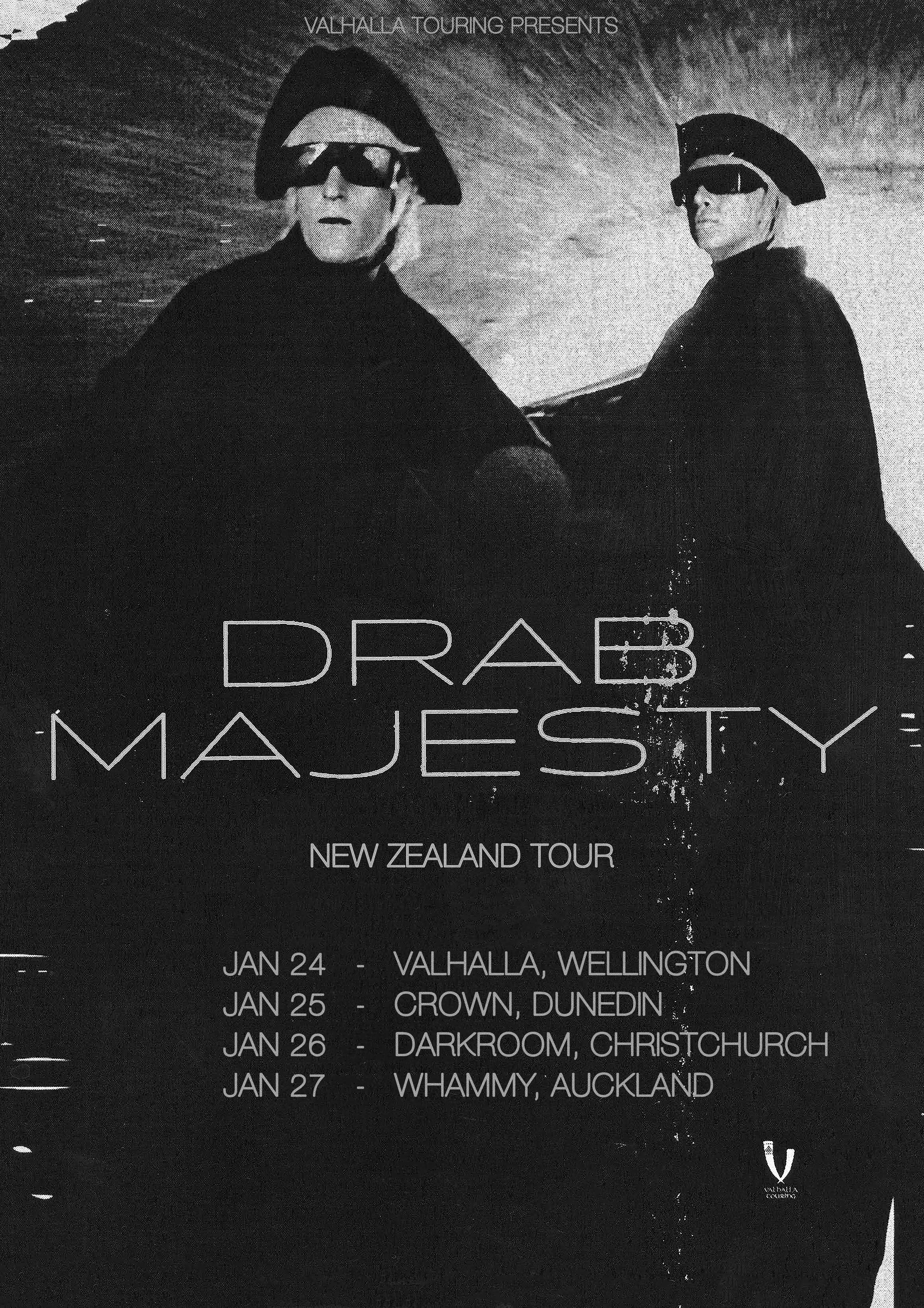 The critically acclaimed DRAB MAJESTY are headed to our darkened shores for the very first time. DRAB MAJESTY is a Los Angeles-based musical project founded by musician Deb Demure (Andrew Clinco) whose music blends classic 80s New Wave and hints of early 4AD with a futuristic originality alongside occult lyrics and themes. Wielding a left-handed guitar, Deb employs a unique style of arpeggiated finger picking, producing vast and organic musical textures reminiscent of Vinny Reilly (Durutti Column) with the anthemic power of Sisters of Mercy and Cocteau Twins. In the last few years Deb has been invited to support bands such as Cold Cave, Psychic TV, Clan of Xymox, The Frozen Autumn, Prayers, and label mates Youth Code and King Dude.

DRAB MAJESTY’S first self release in 2012 was recorded on many living room floors across LA, resulted in a limited-edition cassette of 100 copies titled Unarian Dances, later re-pressed by Lolipop Records. DRAB MAJESTY then signed with Dais Records and put out the debut LP Careless in 2015 . Initially a solo project, DRAB MAJESTY was joined by Mona D in 2016 which led to a stronger stage presence that wowed audiences across the 2016 europe tour with the theatrical performances, androgynous aesthetics and commanding vocals with futuristic and occult lyrics, a style Demure refers to as tragic wave and mid-fi.