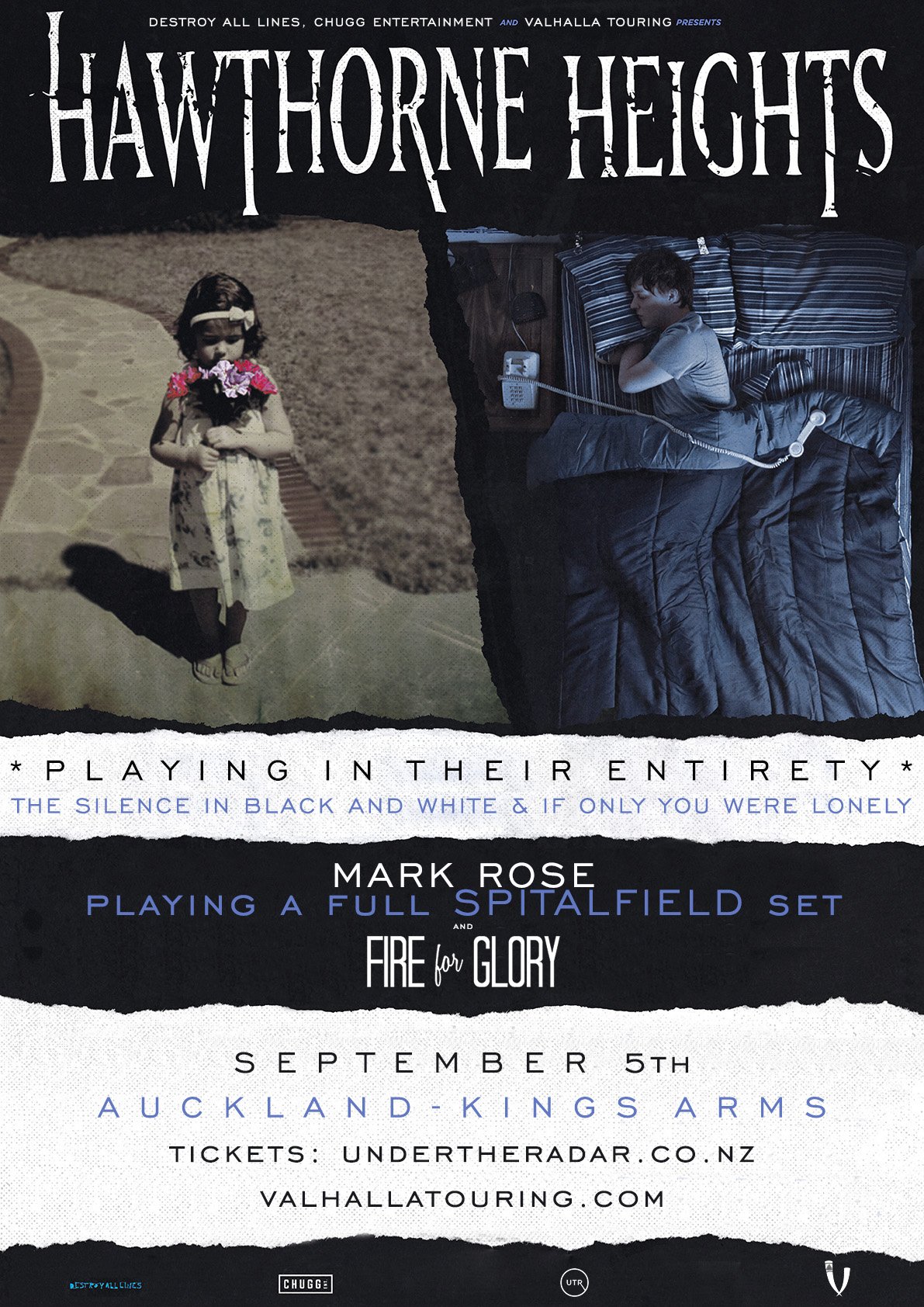 Playing The Silence In Black And White and If Only You Were Loney in their entirety!

US Post-Hardcore pioneers, Hawthorne Heights hit New Zealand for their first ever show.

They will be playing their landmark first two albums, 2004’s The Silence in Black and White and 2006’s If Only You Were Lonely in full. Both of them!!

With huge hits such as Ohio Is For Lovers, Niki FM, Silver Bullet, Saying Sorry, Where Can I Stab Myself in the Ears? These two albums have been instrumental in shaping the sound of modern hardcore.

The albums feature the bands rhythm guitarist Casey Calvert who tragically passed away in 2007, but who’s memory and influence lives on in the songs.

Mark Rose is best known as a solo artist, and as former front man of indie/emo rock band Spitalfield. He will be preforming a solo Spitalfield set