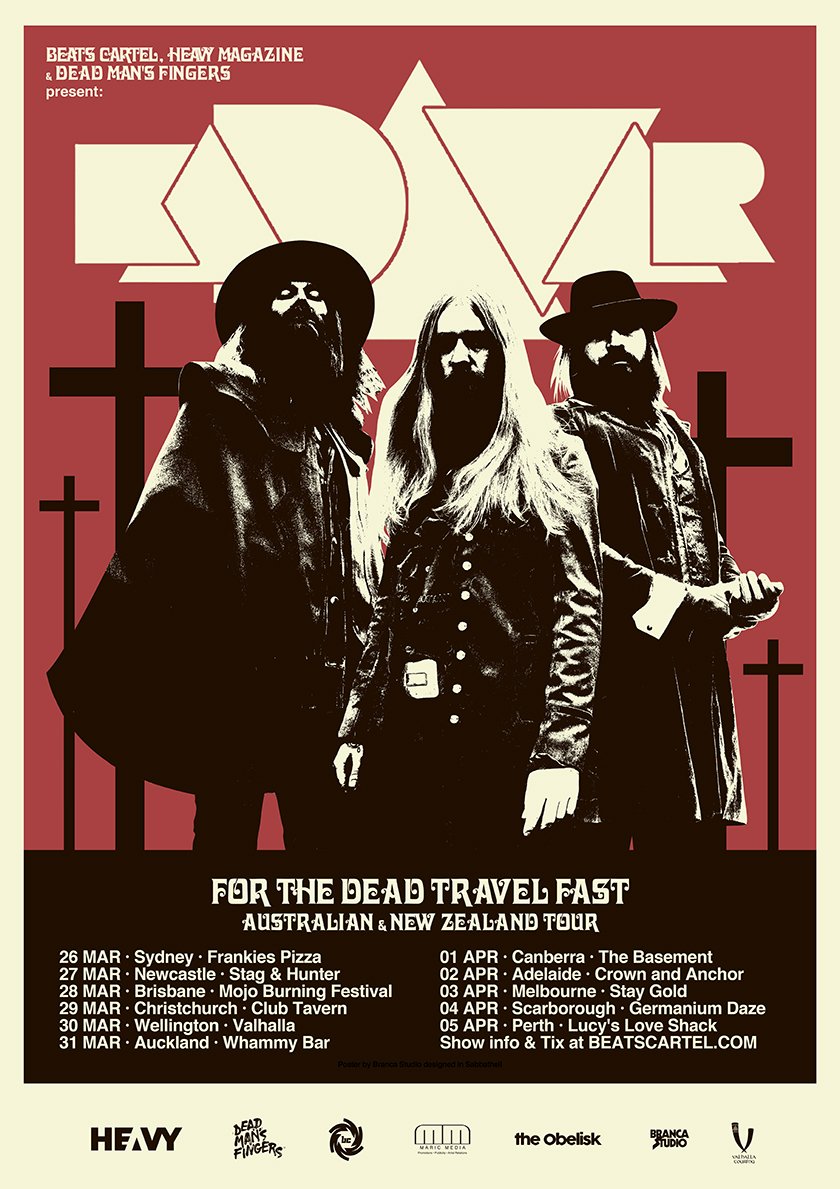 Highly regarded as one of the most explosive heavy psych live experiences on the planet, Kadavar debut on New Zealand shores in March 2020.

There are few bands who’ve had more of an effect on the course of classic heavy retro rock this decade than Germany’s KADAVAR, having never sounded so much in command of their music. Having shared the stage with icons such as Ozzy Osbourne and the Scorpions, KADAVAR embodies the vintage sounds of their predecessors while calling on imagery derived from magic, horror films and the occult like some dark 70s psych trip, relentlessly touring the globe with their lysergic frenzy of a show.  Together the power trio forms a unique symbiosis, challenging each other to fill the sonic space between them when the curtain goes up . Their retro style, incorporating psych, stoner rock, retro rock and doom, has been compared to bands of the 1970s hard rock and metal era such as Led Zeppelin and Black Sabbath.

Arguably the hardest working band in European rock, KADAVAR have established themselves quite simply in a different league form their retro-rock labelled peers, smashing out large capacity international tours and festivals (Hellfest/Psycho Las Vegas/Download/Wacken) en masse and landing German and US chart positions for a host of album releases.  Latest album release For the Dead Travel Fast (Nuclear Blast), reignites new depths and heights alike on this their fifth and darkest full-length.

The band’s fifth record is a perilous journey into the land of the dead, a foray into the bleakest corners of our minds. A heavy, slow-paced, throbbing force of guitar, bass and drums, preciously enriched by spooky synths and a brooding narrative reminiscent of the Victorian death-cult.

Get ready to witness something special… KADAVAR are coming.  For the Dead Travel Fast 2020