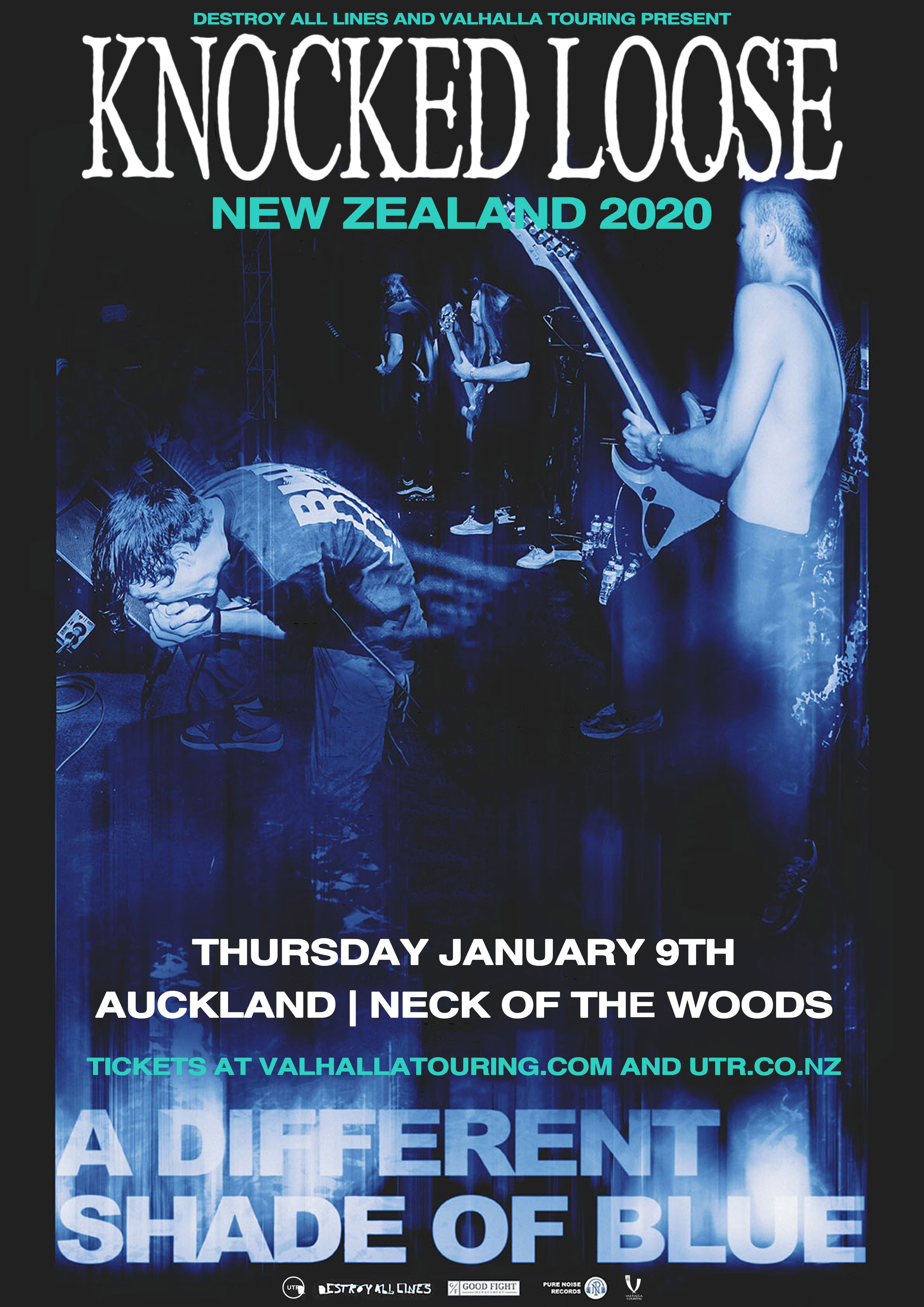 Knocked Loose is the proverbial fish walking on land– the end of the evolution, and possibly the apex of the metallic hardcore punk movement thus far. Ably combining the teeth-clenching hatred of a hardcore band with the unmitigated technicality and ferocity of metal, Knocked Loose have conceived state of the art hatred– a true melting pot of ideas that combines pit-ready riffs, memorable songwriting and deviously clandestine melody into a boiling-over pot of vitriol.

From the visceral energy that is their debut album ‘Laugh Tracks’, through the relentless three years of touring that followed, and then to defy the odds by rolling out a sophomore album that transcends the debut; Louisville five-piece Knocked Loose have truly forged themselves within the fire, and now they’re going to use that inferno to burn down the stage in New Zealand as they announce their highly anticipated headline Show.

Recently the band dropped their highly anticipated album ‘A Different Shade Of Blue’, which funnelled not only three years of lessons and growth, but three years of pressure to follow up an instant classic into something that doesn’t just erase genre lines, but defines itself as its own entity. The band has found a home in the middle ground between Hatebreed’s bouncy riffs, Snapcase’s intensity, and the outright thrashing of bands such as Sodom and Kreator, to create something unique, and inspire the next generation of heavy acts.

Don’t miss Knocked Loose when they bring the Blue World Order to New Zealand this summer!