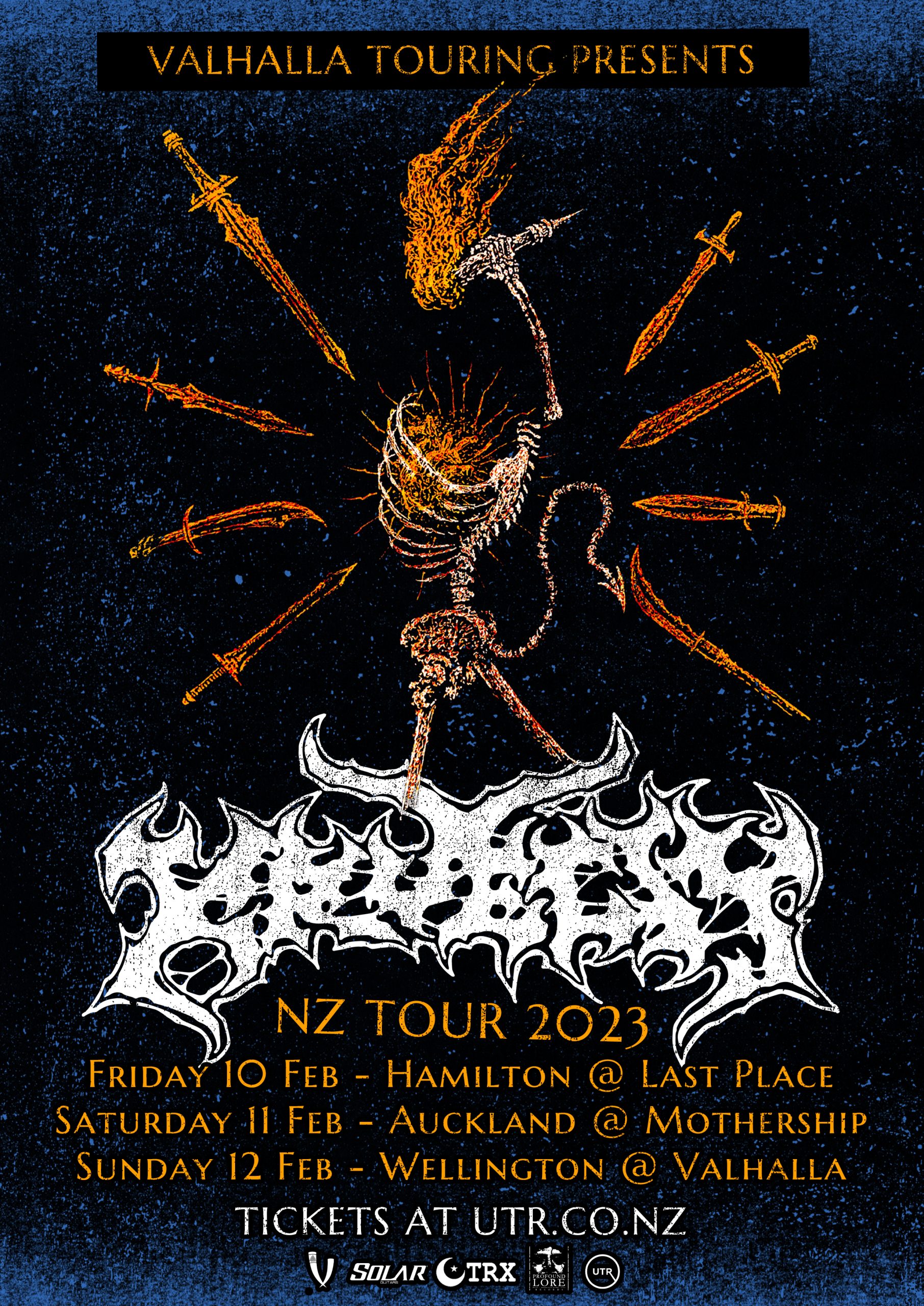 TICKETS ON SALE Now at UTR
or —> https://bit.ly/KrueltyNZ

Formed in Tokyo, Japan in the summer of 2017, KRUELTY has emerged as the most notable artist to find that sweet spot where the amalgamation of heavy beatdown hardcore and ‘90s American/Scandinavian death/doom metal becomes the blueprint of brutality and slam KRUELTY unleash.  With KRUELTY you will hear the ultimate convergence of some of the most punishing death metal riffs and the most mind-blowing breakdowns influenced by Japanese and ‘90s East Coast hardcore bands.

2020 saw the release of KRUELTY’s debut album “A Dying Truth” and revealed itself as one of the heaviest albums that year.  With their new LP which will be come out in March, KRUELTY will release an album even bigger in scope and ultimately heavier than their debut.

TICKETS ON SALE Now at UTR
or —> https://bit.ly/KrueltyNZ