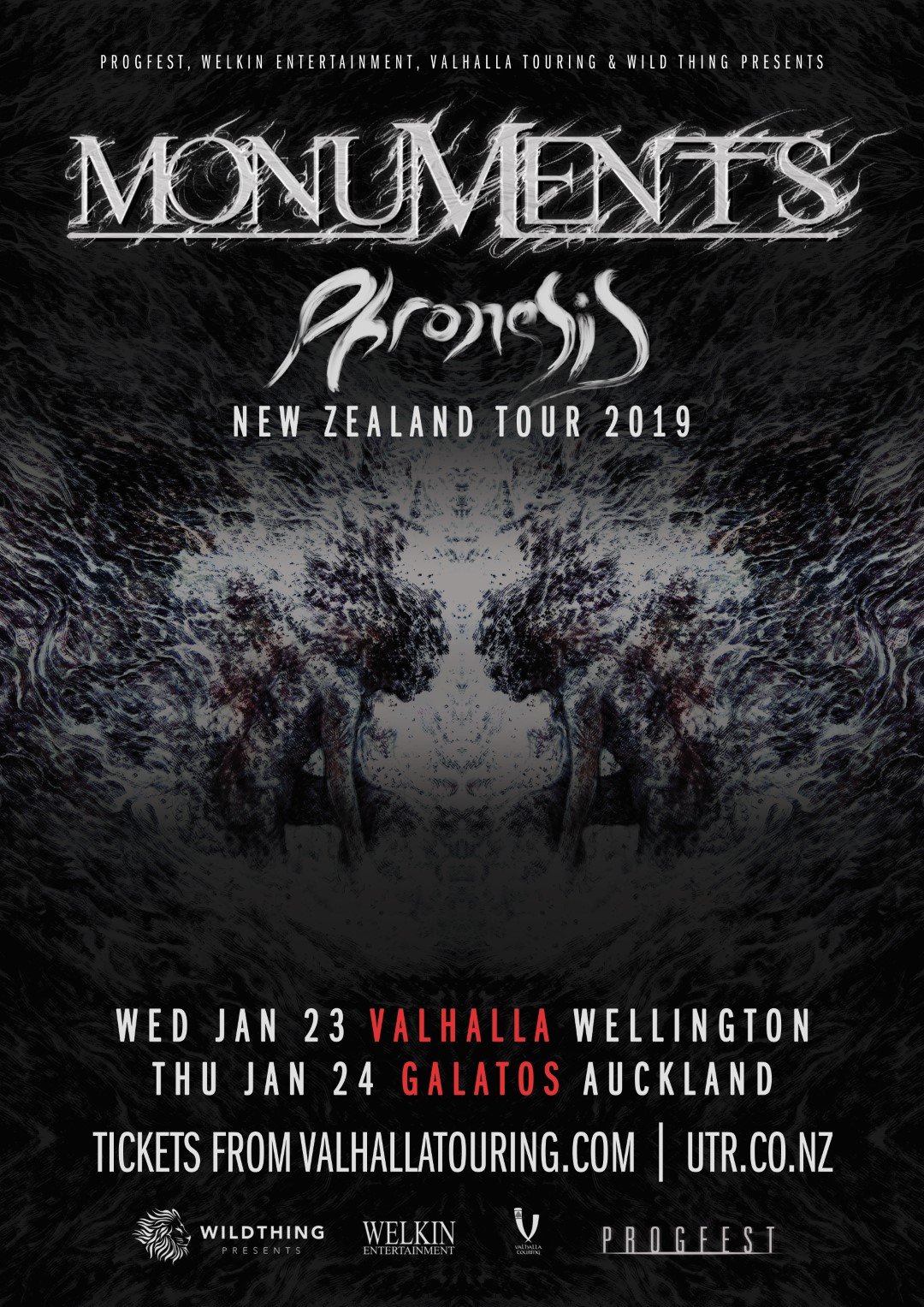 Wednesday 23rd Jan – Valhalla Wellington
Thursday 24th Jan – Galatos – Auckland
Djent / Progressive Metal / Experimental Groove; call it what you want. MONUMENTS (UK) have been around since the beginning and helped shape the genre! This will be MONUMENTS first journey to our shores, be sure to head a long and catch them before they are gone!
After months in the studio, the British progressive metal band MONUMENTS have released their new song “AWOL”. The accompanying new album “Phronesis” was released last October via Century Media and was independently produced by the band in various studios around the world.
MONUMENTS was founded in 2009 under the name ELEMENTS. Following the release of a first EP in 2012 was the debut album “Gnosis”. From then on they played as MONUMENTS and quickly became one of the most significant bands in the Djent scene. In recent years, there have been some line-up changes within the band. The current cast is composed of founding member John Browne (guitar), Chris Barretto (vocals), Olly Steele (guitar), Adam Swan (bass) and Daniel “Lango” Lang (drums).
http://www.instagram.com/thisismonuments
http://www.facebook.com/thisismonuments
http://www.twitter.com/thisismonuments
https://www.youtube.com/user/MONUMENTSONLINE
Share:
+ Google Calendar+ iCal Export