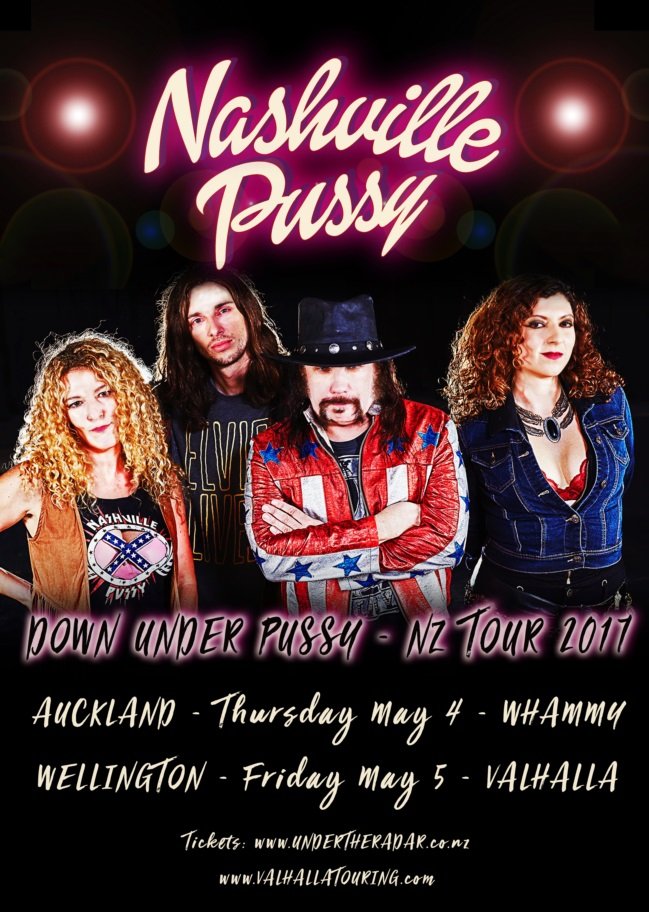 Atlanta Georgia Southern Rock n’ Roll legends Nashville Pussy are set to blaze a trail through New Zealand in May 2017. Defying any genre, Nashville Pussy are a Cowpunk, Southern Hard Rock and Psychobilly monster smeared with whisky soaked sleaze. Although a fiercely independent underground band, they’ve earned industry acclaim and their incendiary high-octane live shows have formed a fanactical worldwide fanbase. Get ready to grab your own piece of Nashville Pussy, ‘cause they’re gonna up the dosage! 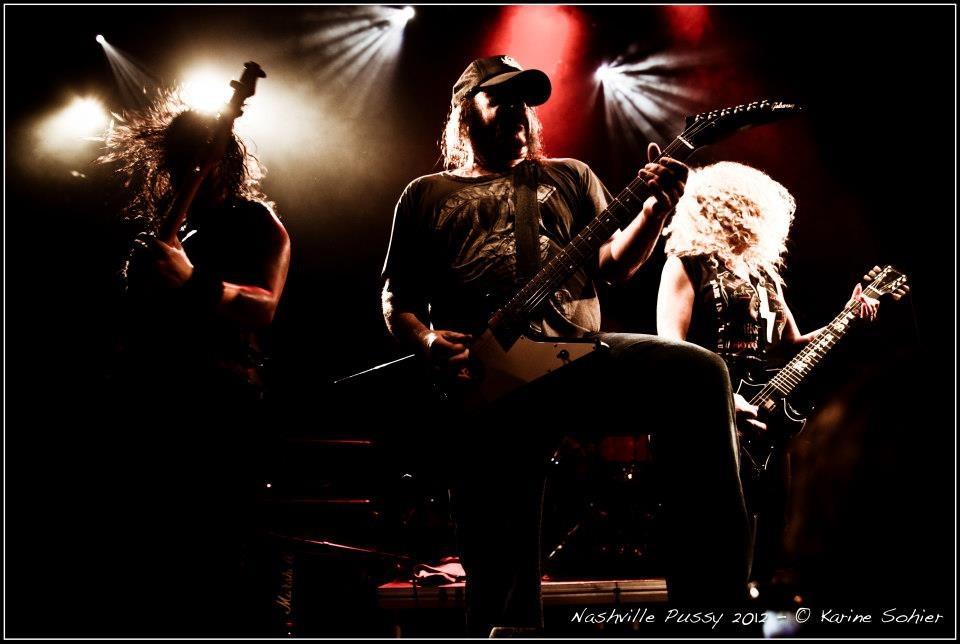 Nashville Pussy are known as THE HARDEST WORKING BAND IN THE LAND, having wet many the pallet across the globe with their provocative Album Releases. 1998 seen the debut record-­‐ ‘Let Them Eat Pussy’, to then their most praised and rambunctious release “High as Hell”. These filthy rockers, emerge on Kiwi soil from their last drunken encounter eleven years ago. Bring on the wild whiskey shots and HELL YEAH!

Friday 5th of May – Wellington – Valhalla