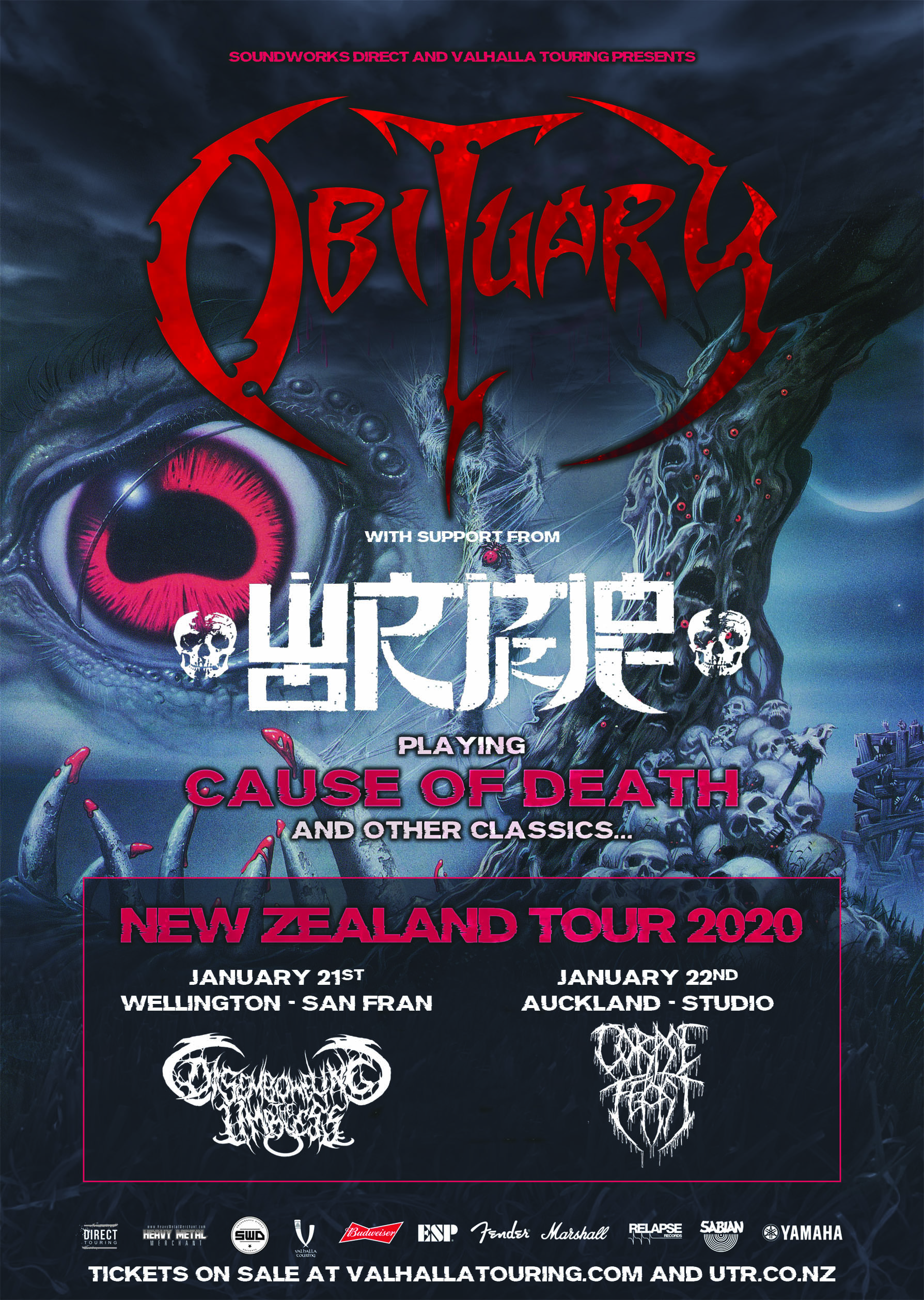 In 1990 OBITUARY released the album ‘Cause Of Death’. Considered a classic in the history of the death metal genre, a masterpiece that has stood the test of time and, to this day, remains as a must have album for any death metal fan. Celebrating 30 years since the release, 2020 brings reason for OBITUARY fans to rejoice, the sunken eyes and heaving cries have all but abated and they are headed to New Zealand to play the album in full, plus a choice selection of death metal cuts from their early years!!

Unlike much death metal preceding it, the Cause of Death had a sludgy feel and integrated devastatingly slow passages along with obliterating overtures that reached far beyond any point of mayhem that metal had yet to reach; the result was a carnal pleasure for doom, death and thrash fans alike coupling the adrenaline of a speedball with the slow, degrading measures of a sewer at dusk. Like them or not, OBITUARY was unlike anything anyone had heard before.

Like a forgotten corpse in the basement, OBITUARY are here to haunt, taunt and fully pollute your senses. After fermenting like waste in the hot Florida sun, OBITUARY is promising a show with all of the voracity of a starven wretch. Bringing blessings of brutality, and assurance that the Dead shall indeed rise. Such aural abrasion can only be heard at an OBITUARY show or the live circumcision of a thirty-year-old man, the choice is yours…

VIDEO: Cause of Death / Chopped if Half (live) / Ten Thousand Ways to Die (Official)