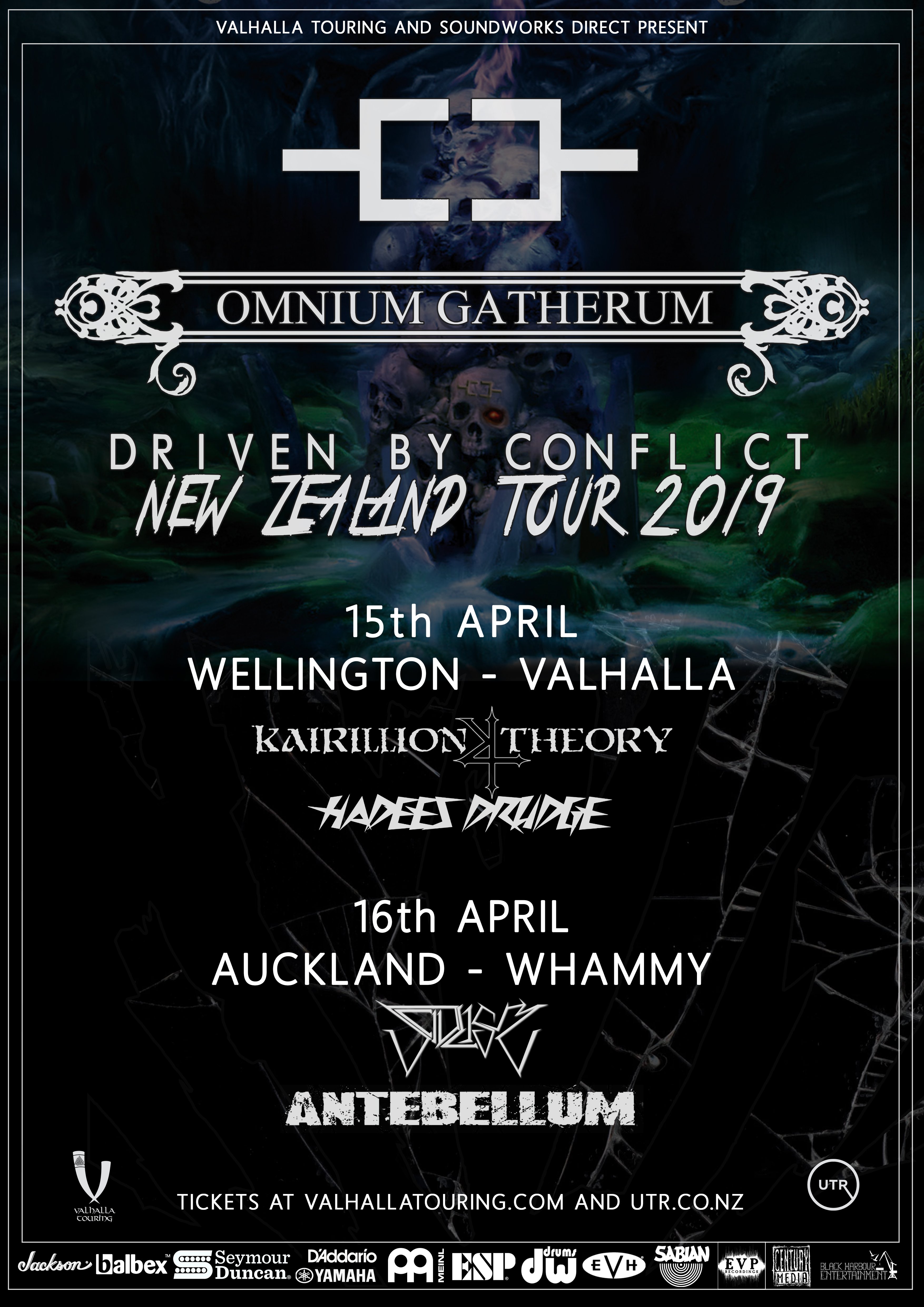 Coming all the way down under for the very first time, OMNIUM GATHERUM!

OMNIUM GATHERUM has been a mainstay in the Melodic Death Metal world since their conception in Finland in 1996 by guitarist Markus Vanhala (also of Insomnium fame). The band has grown from strength to strength over the years, touring rigorously and growing their sound to include a progressive flair to their signature aggressive melodic death metal roots.

Since working with Swedish death metal alumni Dan Swano in 2007 on their 4th album, ‘The Redshift’, OMNIUM GATHERUM has gone on to release high charting albums including Melodeath staple album, ‘New World Shadows’. The band has worked with Dan Swano once more to create their critically acclaimed 8th studio album, ‘The Burning Cold’, a showcase of absolute melodic and progressive mastery which has been met with universal praise around the world. Death metal fans, eat your hearts and get yourselves tickets before they are gone!