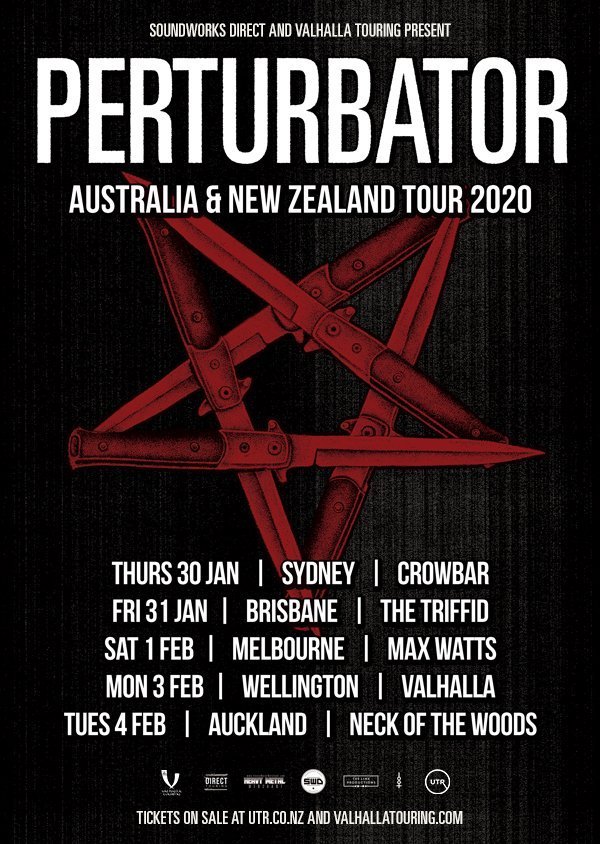 After the huge success of dark synthwave sensation PERTURBATOR’s 2017 Australian tour, he returns to his

Australian fans in 2020 as well as hitting New Zealand for the first time with new music, new innovations and a new live drummer on stage making the experience more rock and even more insane!

Humans Are Such Easy Prey « Live at Poland Rockfest with drummer »: https://youtu.be/ouy1Y9XnP38

Producing dark and retro-futuristic music with a strong feeling, James Kent AKA PERTURBATOR is the spearhead of the new synthwave revival (along with Danger, Lazerhawk, Kavinsky, Dan Terminus). Since the projects inception in 2012, Perturbator’s music has launched a glorious explosion of hypnotic synthwave that is as exciting as it is innovative.

With PERTURBATOR‘s music making an appearance in the Hollywood movie “THE GUEST”, TV SHOW “Limitless” and the 2 awarded video games “HOTLINE MIAMI 1 & 2”, it has reached mainstream audiences globally to overwhelming acclaim. This success has seen Perturbator’s profile and demand consistently rise resulting in a string of tours worldwide and musical collaborations. These include the release of the EP « New Model » in September 2017, the release of the official remix for « Cygnus » from Cult Of Luna in June 2018, the collaboration with Health on « Body Prison » released in October 2018, the official remix of Jean-Michel Jarre released in April 2019 and the first single of the upcoming album to be released in February 2020!

Feb 4 – Auckland, Neck of the Woods