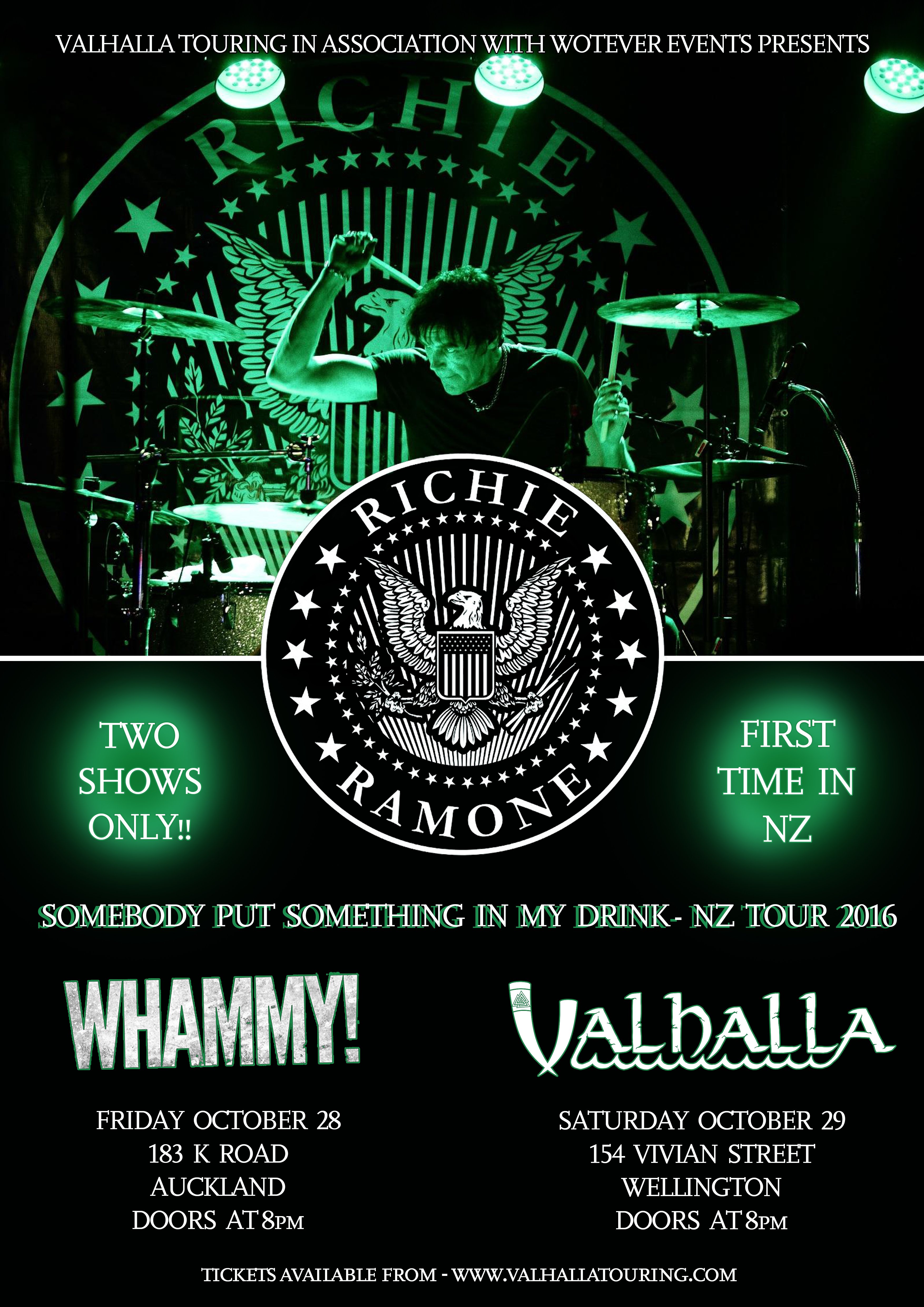 If you never saw the Ramones, this is your one chance to see Richie Ramone with all his power and spirit of CBGBs in the 70s. Richie Ramone is the fastest, most powerful drummer who ever played with the legendary punk rock band the Ramones. He joined the Ramones in 1983 and first appeared with the band on their Subterranean Jungle tour.

Richie performed in over 500 shows around the world with the Ramones and wrote several critically-acclaimed and fan-favorite songs for the albums Animal Boy, Too Tough to Die and Halfway to Sanity. Punk rock icon, Joey Ramone remarked that “[Richie] saved the band as far as I’m concerned. He’s the greatest thing to happen to the Ramones. He put the spirit back in the band.” 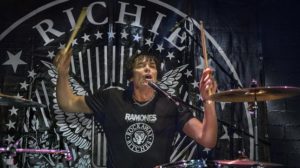 Now Richie, the one Ramone who’s Too Tough To Die, brings that blistering backbeat of Ramones tracks to venues in Auckland and Wellington. If you’re not cool enough to know the band and the songs, or see Richie Ramone tear it up live, you’ll never be cool enough to wear the t-shirt.