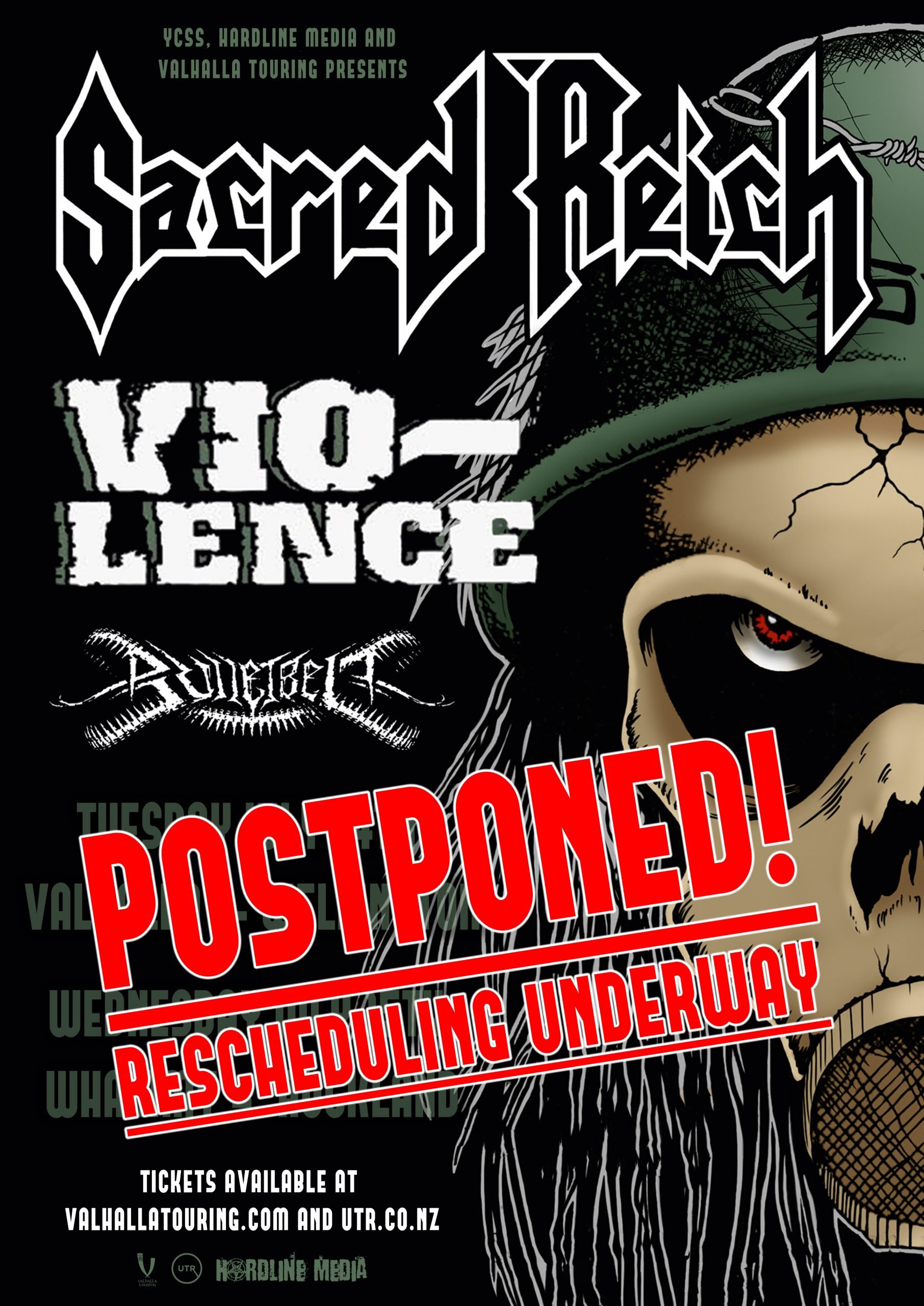 Message from Phil Rind – SACRED REICH
“We are sorry to say that our shows with Violence in Australia and New Zealand will have to be rescheduled.
We look forward to playing for you all when this pandemic blows over.
Feel good. Be safe.
Peace and love”

Message from Sean Killian – VIO-LENCE
“Vio-Lence is sorry to announce that the tour with Sacred Reich in Australia and New Zealand will be postponed until next year due to the Covid 19 virus. We look forward to playing some new music in these 2 great countries next year and until them be safe.”

Due to the current situation with the Covid-19 pandemic and for the safety of the fans, bands and contractors, YCSS and Valhalla Touring wishes to advise that the Scared Reich + Vio-Lence New Zealand Tour will be postponed and rescheduled for a later date. All existing tickets remain valid with no action required.

Ticket purchasers can receive a refund via point of purchase until Friday the 8th of May or they can op to hold onto tickets for the rescheduled shows. We believe these shows will happen around Jan-Feb 2021 and will announce exact dates shortly.

New Show Details to be announced soon. Keep those tickets if you can!