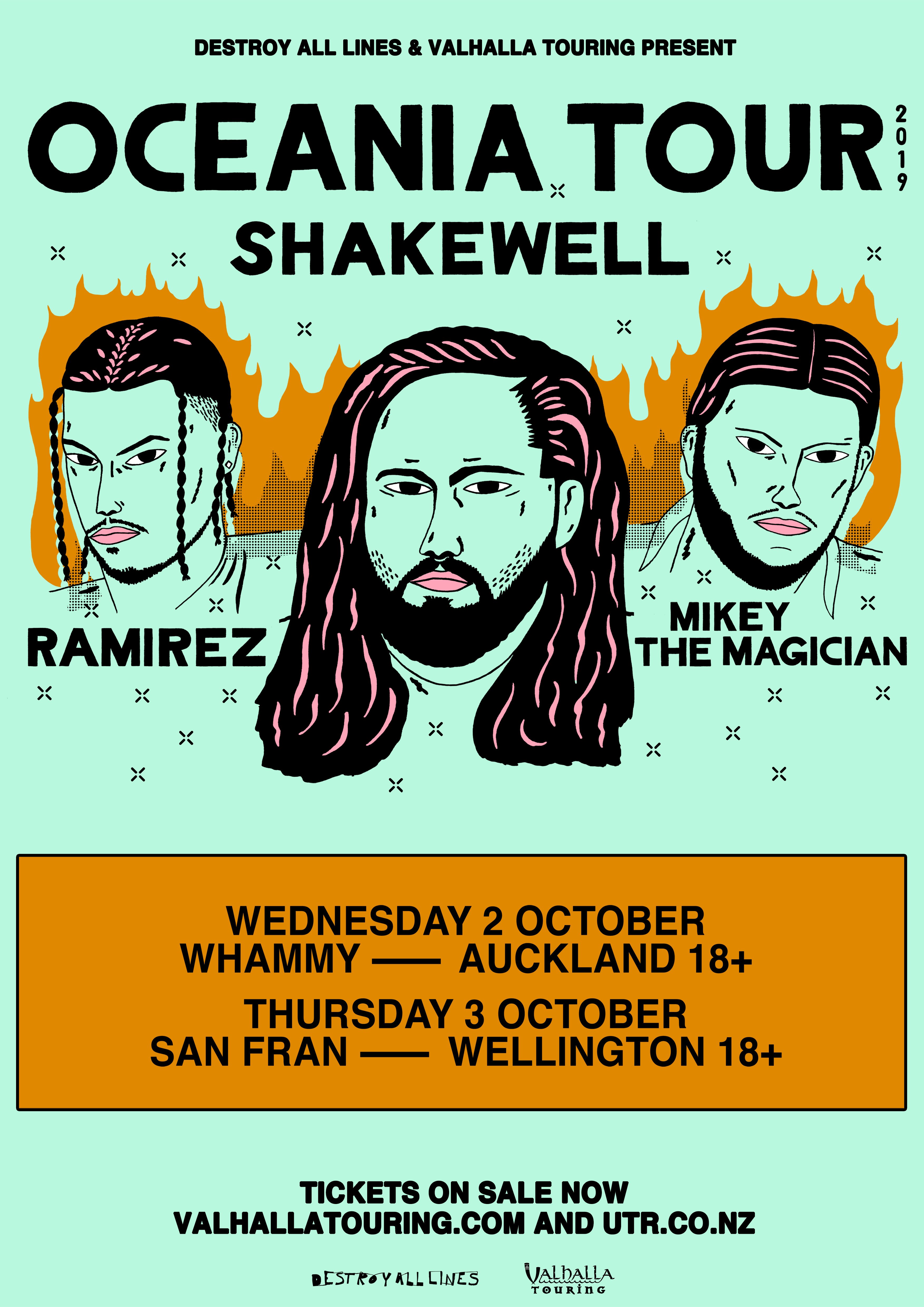 US rising rap stars Shakewell and Ramirez // Rvmirxz will be visiting our shores for two dates of hard-hitting rhyme-slinging in Auckland and Wellington this October.

Shakewell has featured on tracks with recent visitor Ghostmane as well as Miami-based MC Pouya and Fat Nick. He has racked up literally tens of millions of streams on on his tracks ‘Death By Dishonour’, and ‘Sleeping Bag’, riding the Soundcloudwave of modern hip hop to dizzying heights.

Ramirez // Rvmirxz co-founded G59 Records, which is co-owned and operated by trap lords $UICIDEBOY$, and dropped his mind-bending fourteen track collection Son Of Serpentine in May. Also accompanying Shakewell and Ramirez // Rvmirxz will be frequent collaborator and occasional producer Mikey The Magician