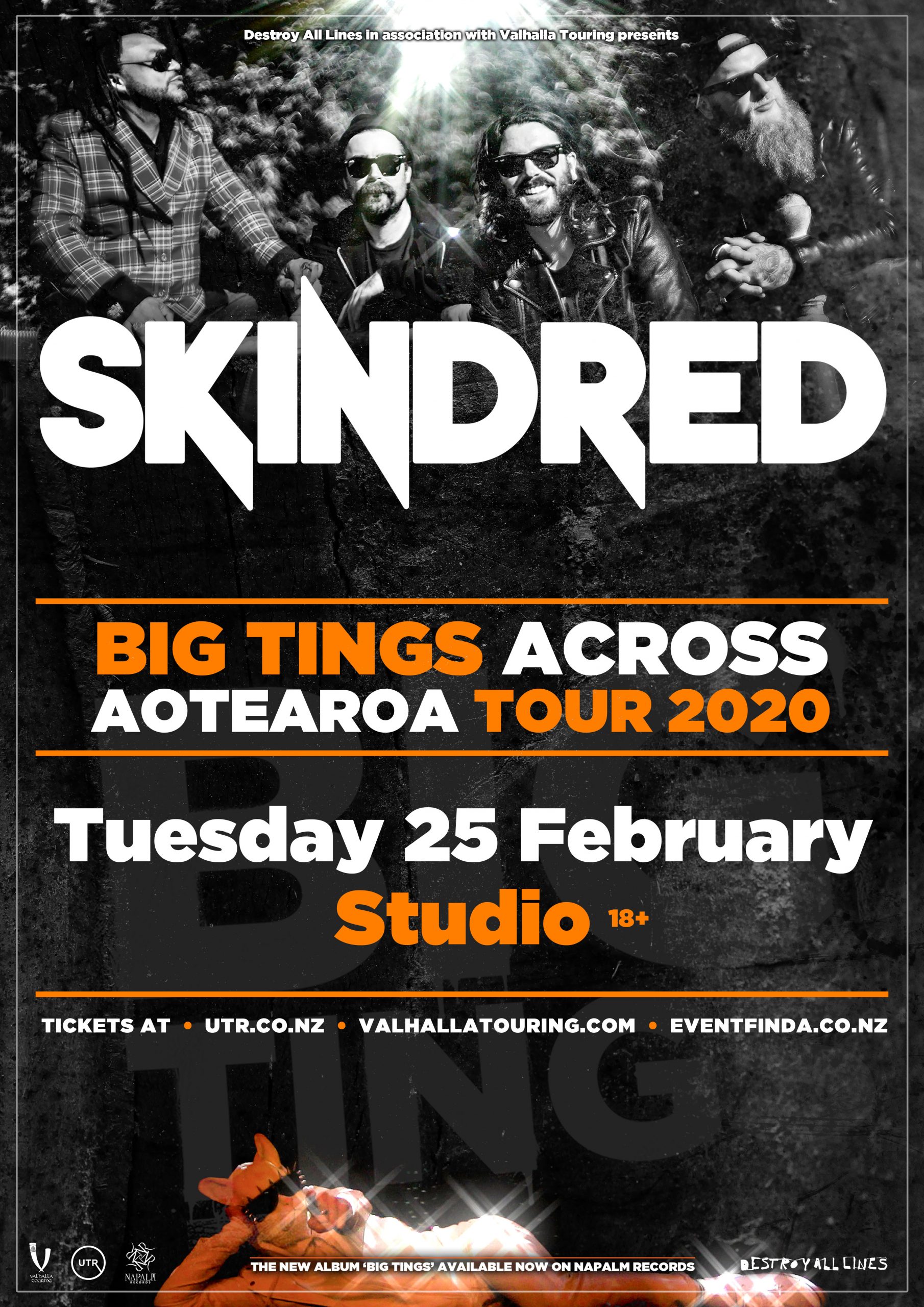 Skindred are poised to spread their gospel of good times and badass tunes to Aotearoa for the first time. Widely acknowledged as one of the most devastating and enthralling live bands on the planet, Skindred, produce the toughest and most infectious metal riffs colliding with the biggest, phattest hip hop and reggae grooves, cutting edge electronics and a razor-sharp pop sensibility guaranteed to encourage even the most curmudgeonly music fans bellow along with rabid enthusiasm. Skindred are both the ultimate thinking man’s party band and cross-pollinated cultural unifier.

Skindred, the Welsh destroyers have been a perennial force for musical invention and remorseless positivity since emerging back in 1998. Over the course of seven universally praised studio albums – Babylon (2002), Roots Rock Riot (2007), Shark Bites And Dog Fights (2009), Union Black (2011), Kill the Power (2014), Volume (2015) and Big Tings (2018), Benji Webbe and his loyal henchmen – bassist Dan Pugsley, guitarist Mikey Demus and drummer Arya Goggins have created the ultimate spark-spraying state-of-the-art soundclash. Combining all manner of seemingly disparate musical elements into an irresistibly exhilarating explosion of energy and cross-pollinated cultural fervour has rightly earned them a reputation as a band capable of uniting people from all corners of the globe and making every last one of them tear up the dancefloor with a giant shit-eating grin plastered across their faces.

“There’s nothing better than being on stage with these guys,” says Arya. “Skindred is my favourite band and I’m so lucky to be part of this thing we’ve created. We’ve been all over the world but there are always new places to visit and new crowds to play for. Aotearoa, we can’t wait!”