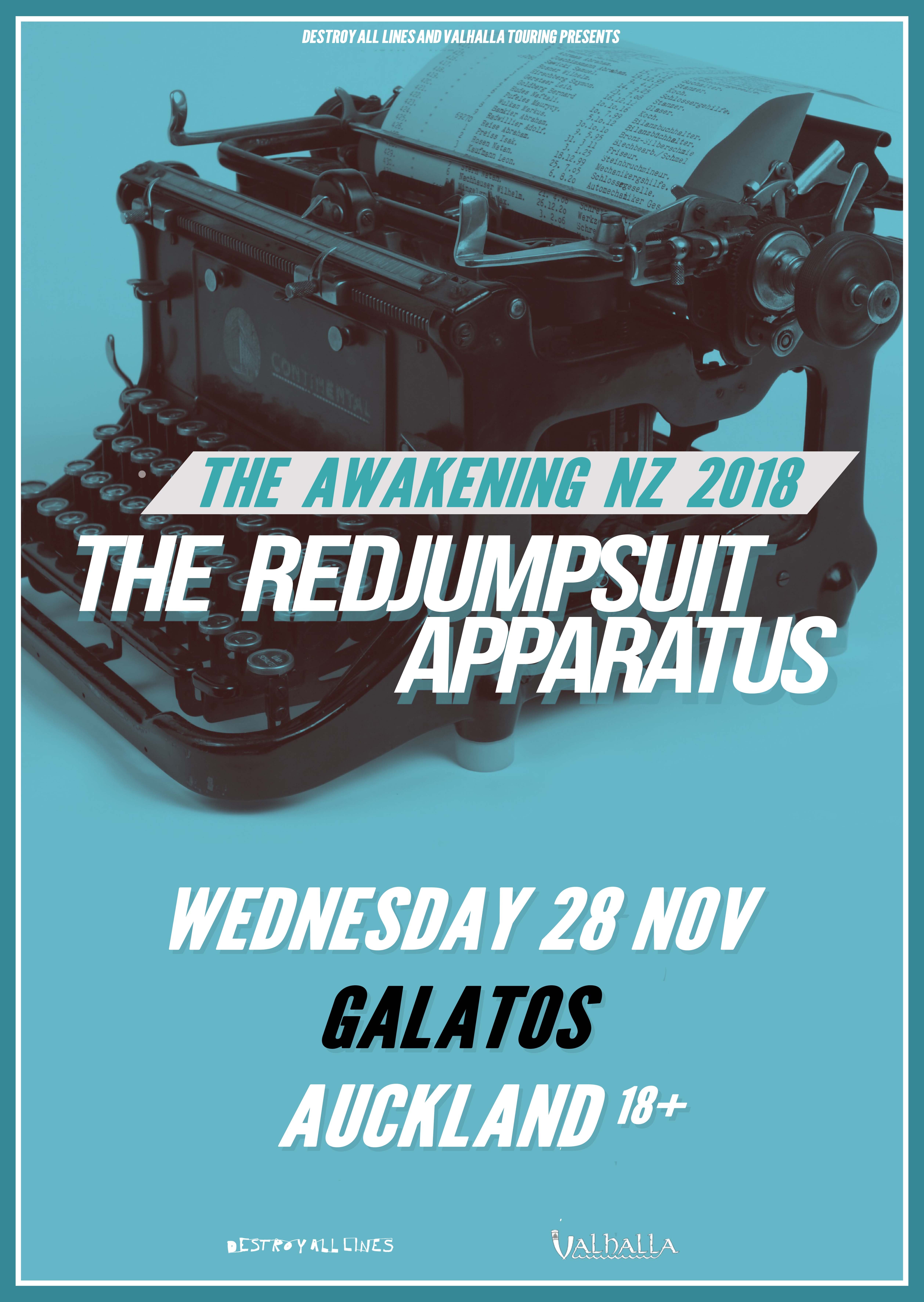 THE RED JUMPSUIT APPARATUS was formed back to 2003 by brothers Ronnie and Randy Winter. Virgin Records snapped them up and released the bands RIAA platinum debut record ‘Don’t You Fake It’. The second album ‘Lonely Road’ followed in 2009. THE RED JUMPSUIT APPARATUS became fully independent in early 2010. Since then it’s being done The Red Jumpsuit way, ‘Am I The Enemy’ was released in 2011, 4th of July and ‘The Awakening’ in 2018.

Known for their spirituality, the bands lyrics cover an array of emotions. The darkness and the light, the struggles and the wins. The RJA message is ultimately one of hope and a reminder that Even on the worst day that you’re alive you are still surrounded by so many awesome things that you should be grateful for, if you choose to look at them. Ronnie Winter.