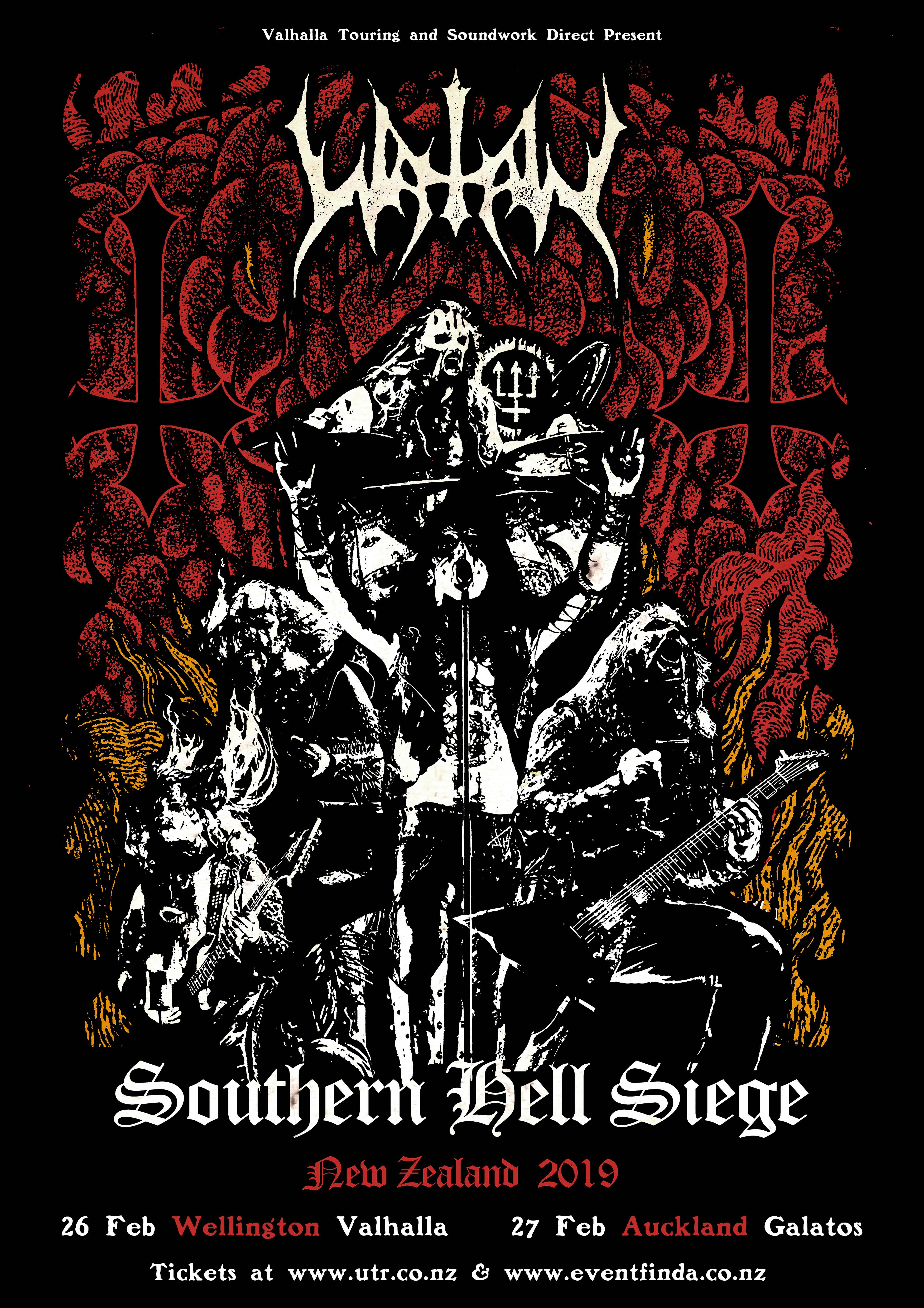 The wolves have come to trample our shores! The unmerciful might of Sweden’s WATAIN are here for a sweeping attack of callous and unsympathetic satanic black metal in what will be their first headlining shows in these southern regions.

During the past 20 years, WATAIN have established themselves as one of the most hard working and uncompromising bands within the worldwide Black/Death Metal scene, creating themselves infamy for delivering one of a kind, state of the art ceremonies of wild Black Metal frenzy, where the solemn and sacred collides with raw power.

Following the tradition of the previous 5 WATAIN albums, their latest offering, TRIDENT WOLF ECLIPSE, was recorded by Tore Stjerna in Necromorbus Studio in Stockholm, during the summer of 2017. Lyrically, TRIDENT WOLF ECLIPSE keeps on exploring diabolical and sinister gorges of philosophy, religion and magic as well as the force and struggle that defines them.

Do not miss the chance to experience the wild force of Swedish Black Metal in which the raw and primitive collide with the sacred and sublime.

TICKETS ON SALE from 9am Monday October 22nd