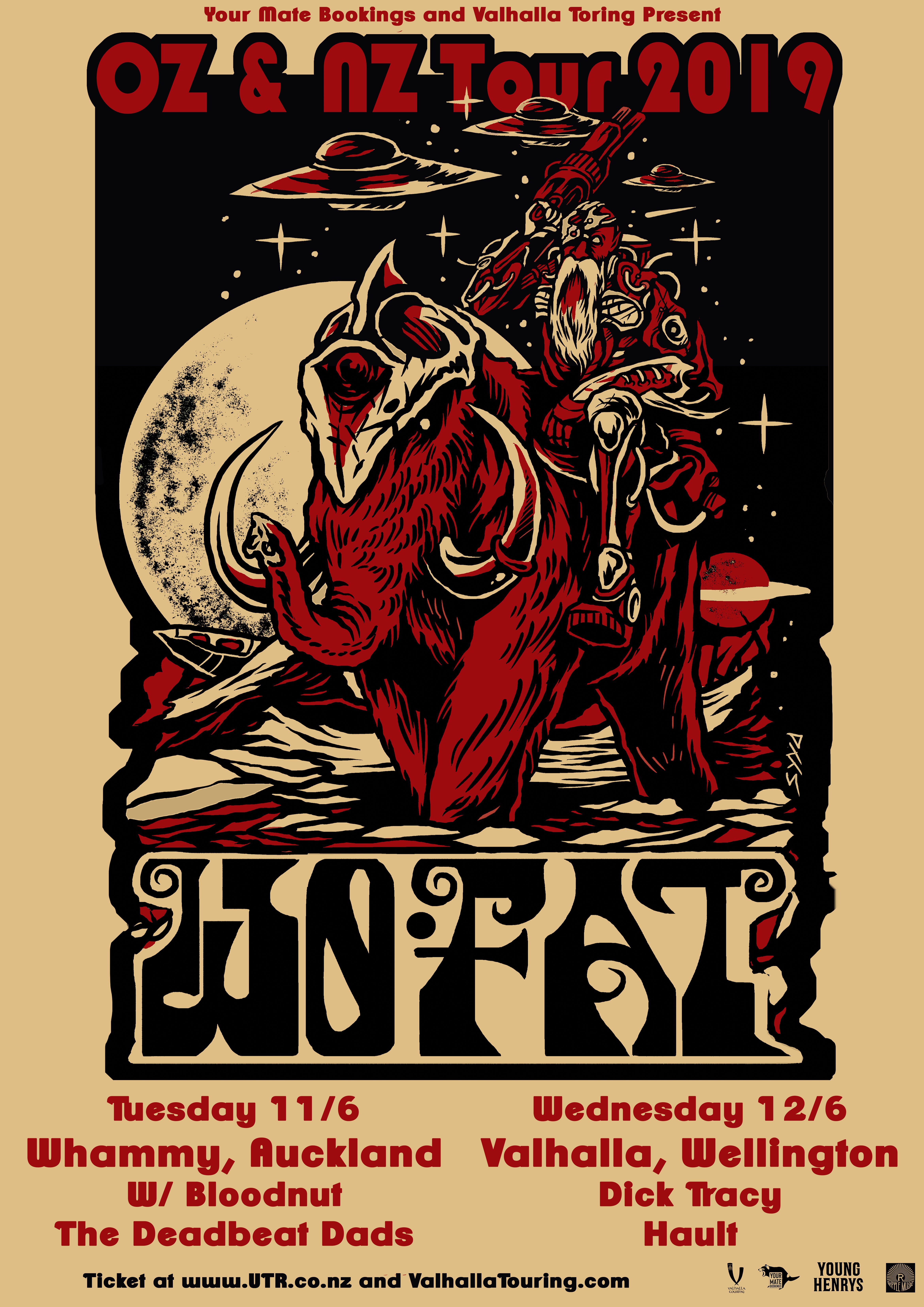 Texan Swampadelic Trio WO FAT will make their way to New Zealand in June 2019.

With 6 Studio albums, live LPs & multiple Splits since their 2006 inception the band has done their fair share of spreading their Psychedelic Wizardy across the globe playing festivals through Europe and the USA

WO FAT became a global phenomenon with the self release of The Gathering Dark in 2012.
That addictive bass heavy and fuzz loving groove inspired by Junior Kimborough, Jimi Hendrix and Black Sabbath soon saw the greater Stoner/Psychedelic community around the world landing them slots on Hellfest, Roadburn, Freak Valley, Psycho California, Desertfest Berlin/London and a plethora of other worthy festivals.

Ahead of the trio is a plan to take on New Zealand with Fuzz-Laden-Riffage, Smoke filled spliffs and a whole lotta blues for cities lucky enough to encapture this Texan monolith of Rock n Roll