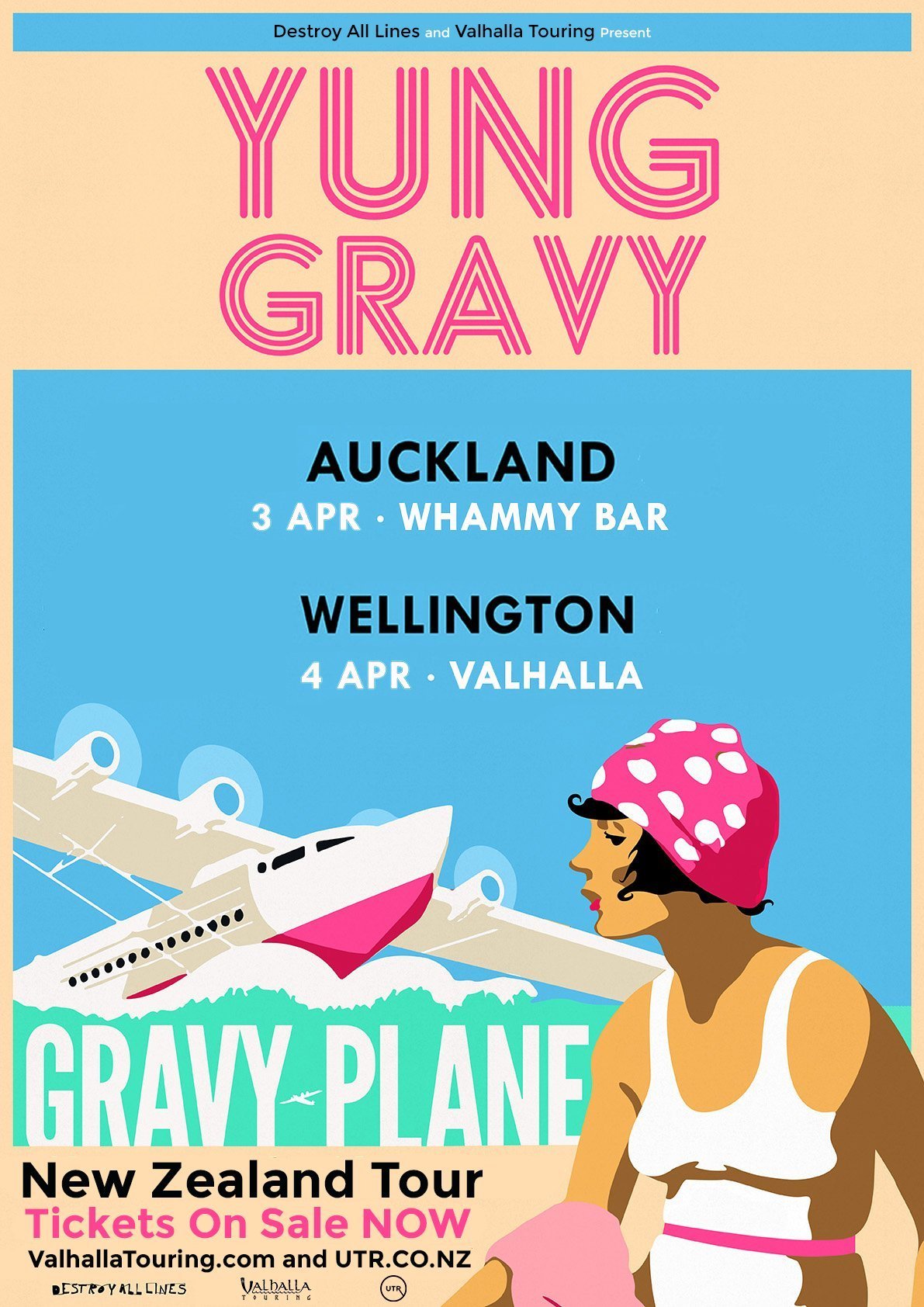 Internet sensation Yung Gravy is set to make bring the Gravy Train Down Under for its maiden voyage this April. Splash!

Following on from multiple sell out tours across North America, millions of streams, topping the Indify chart, collaborating with DRAM, UGLY GOD and LIL BABY, and acquiring a loyal following of Gravy faithful, Yung Gravy aka Lil Steamer aka Mr. Butter aka The Young Steve Harvey is set to hit Australia and New Zealand playing a string of clubs for what will be an up close and personal affair with Gravy himself.

The artist behind the viral songs Karen’, Mr. Clean’, 1 Thot 2 Thot Red Thot Blue Thot’ and so many more will be arriving on Australian shores this April, fresh from wrapping up his biggest North American tour yet. 2018 saw Yung Gravy release his highly-anticipated Snow Cougar record which went onto to amass millions of streams and thousands of downloads, showing that the man can really rap with some hilarious lines floating over smooth production, deep bass lines and jazzy flourishes.

Shaping up to be some unforgettable shows, Yung Gravy delivers an unpredictable and wild show that he’s spent the last three years finessing. Proving to be an unstoppable force, the Gravy Train is showing absolutely no signs of slowing down any time soon, with Australia and New Zealand about to be all aboard.