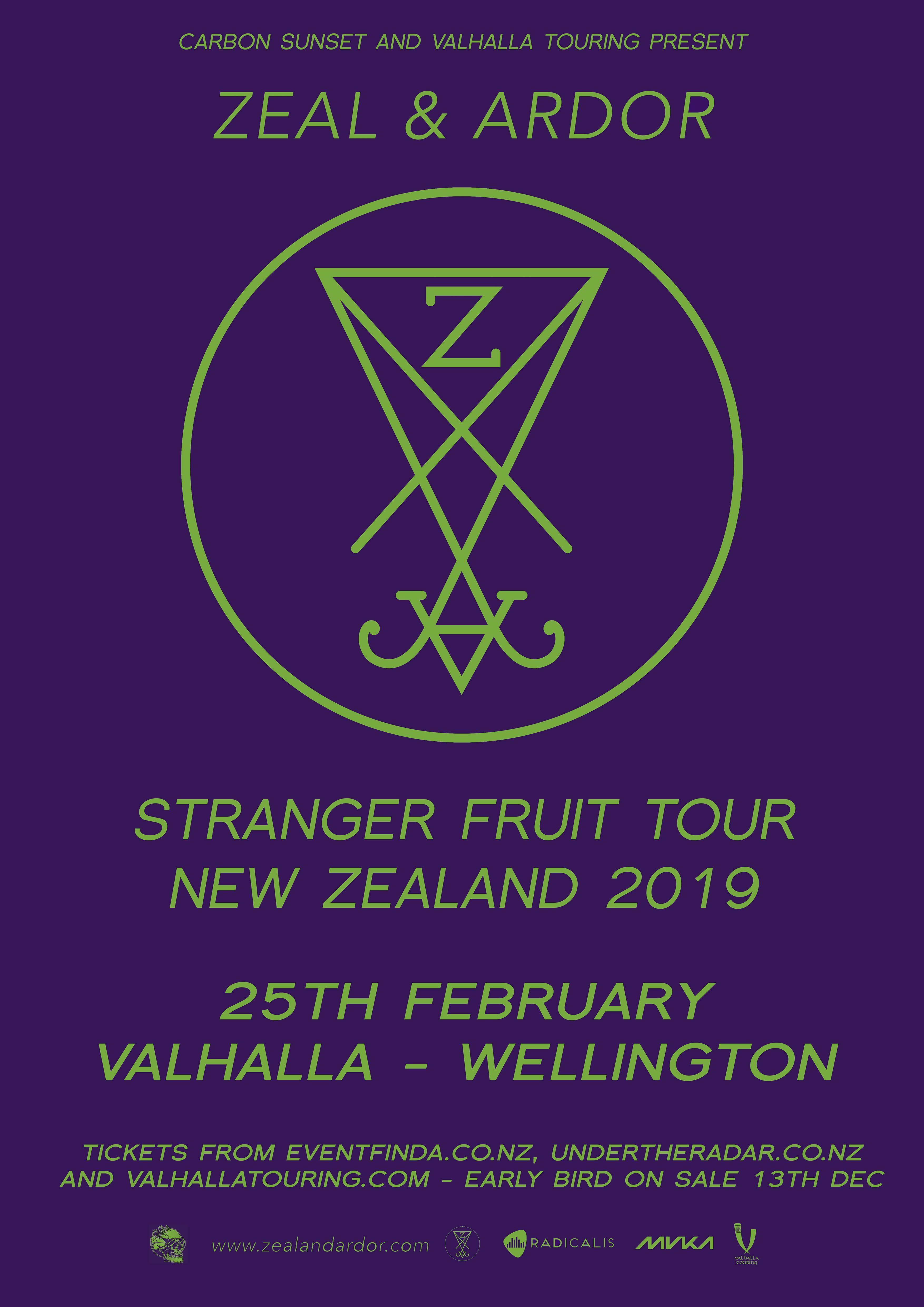 Zeal & Ardor is the one-man brainchild of Manuel Gagneux, a Swiss-American formerly based in New York City. His approach draws on an alternate history and stems from two thoughts: Christianity was imposed upon American slaves, just as it was imposed in Norway, and black metal in the 90’s grew as a rebellion to monotheism. What would have happened if American slaves had rebelled in the same way? Or put bluntly: What would satanic spirituals sound like?

The avant-garde combination of negro spirituals and black metal embraced on the 2015 album Devil Is Fine quickly connected with several previously unstruck chords – as though America’s slaves had found Satan instead of Jesus. After being invited to play the illustrious Roadburn Festival while still a bedroom concoction, a full lineup was soon established, and the global rollout begun. 2018’s follow-up Stranger Fruit took the now-complete band to new heights of powerful weirdness and sharp social commentary, and has already seen their name emblazoned on several high profile end of year lists – including those of the revered Decibel and Revolver magazines. This experiment is emboldened and only just beginning.

Making their debut Australiasian appearance alongside Deafheaven at the Perth Festival in February 2019, Zeal & Ardor will then perform an exclusive headline show Wellington, New Zealand.